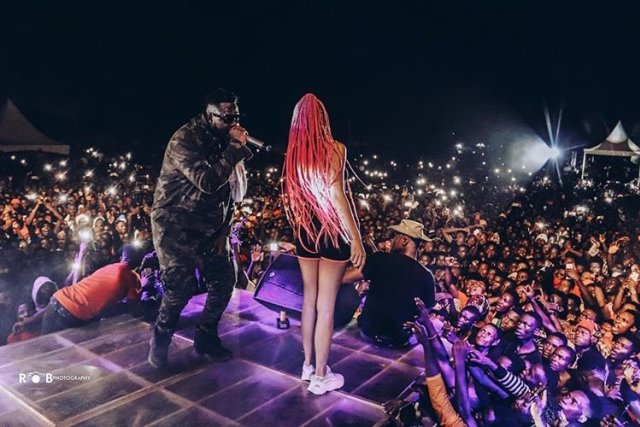 The outdoor concert which was held at the Kwashieman Park in Sowutuom, Accra in December last year saw a lot of surprises including Shatta Wale’s performance and Strongman’s surprise appearance.

But what dominated the headlines hours after the show was Sister Derby and Medikal’s duet.

The performance received mixed reactions from fans and some are still wondering why Sister Derby honoured Medikal’s invitation after their bitter break up.

Reacting to this, Derby said she wasn’t angry prior to her performances, adding that it’s part of her work (as a musician).

“I was invited to perform,” she disclosed in an interview. “And I wasn’t angry so I questioned why people didn’t want me on the stage. And I do have a hit song with that person, and that’s my work.”

She also saw it as an opportunity, saying she won’t turn down Medikal if he invites her to perform on the BET Awards stage together.

“So, if the person was called to perform at BET Awards and he asks me to perform my verse, will I deny him?”

Watch the interview below.

Karel Adotey Mensah - January 4, 2021 0
We all sit behind our computers and swear that we're going to be productive. However, all it takes is a minute on social media...

The Top 4 Songs On BRYAN THE MENSAH’s Not Going Outside...