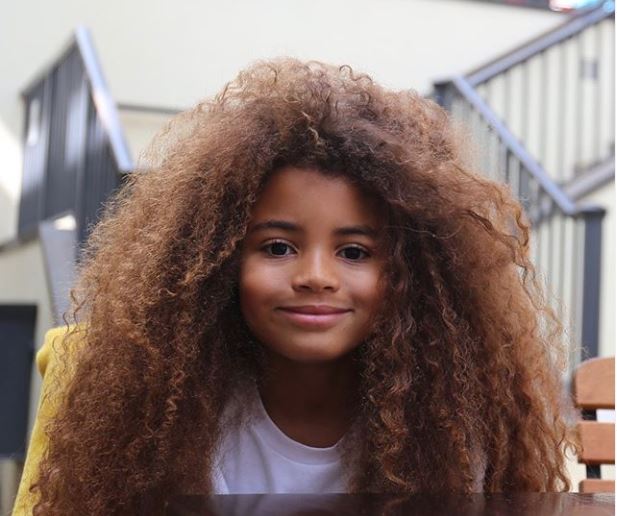 An 8-year-old Ghanaian-UK boy has been denied admittance by several schools because of his hair — and now his mother is fighting for a policy change. Bonnie Miller of the U.K. has been on the lookout for schools her son Farouk James could attend in the future, and two won’t allow him in because of his long, natural hair.

One of those schools was The London Oratory School — the same school her older son, who is now 23, attended. “I knew about their bad hair policies,” Miller told CBS News. The mother said she went through a similar situation with her older son 10 years ago — except that time, her son’s hair was too short for the school.

“His hair was cut too short and he got in trouble three times and nearly excluded from school for having it too short, to the point where I actually went to the shoe shop and bought some boot polish,” she told CBS News.

She thought after years passed, their strict policies might have changed — but she found out they didn’t. Farouk’s long hair violated the school’s policy, too.

Miller said both of her sons are mixed race. James’ father is from Ghana and for cultural reasons, the parents didn’t cut his hair until he was 3 years old. “At that point he was attached — and so was I, to be honest — with his beautiful hair,” Miller said. “We just kept the hair.”

She allowed her son to continue to grow his hair, not thinking much about it — until it came to applying for secondary schools.

Miller recalled another situation about a boy who had dreadlocks and was banned from a different private school, Fulham Boys School.

However, that boy’s mother took the school to court over the hair rule, and they reached an agreement. “They settled out of court,” Miller said. “They said in light of what’s happened, they’re now going to change their policies.” That was a good sign for Miller, who thought Fulham Boys School would certainly accept her son now, if no other schools would.

After reviewing the school’s uniform policies, Miller soon realized her son’s long hair was still against the dress code. “It had been changed, but what they’ve done is added two racist policies: one, no dreadlocks and two, no braids,” Miller said.

Now, both of Miller’s school choices for her son seemed out of the question because of his hair. “Most of the schools that have these hair policies are Christian schools — which is ironic because Jesus had long hair,” she said. “So that means Jesus wouldn’t get into those schools if he were around today.”

Miller said she thought about sending Farouk to coed schools, but realized they have strict hair policies as well.

She said she’s also lobbying houses of parliament and trying to get the educational secretary to write to schools on her behalf.

“We’re getting a real team together and calling it the Mane Generation,” Miller said. “We’re going to fight this until these rules get changed. And it’s globally, not just domestically in the U.K.”

She added that her son has been made fun of for his hair, but he is adamant about not cutting it and described him as a strong, confident kid. He also has a large following on Instagram, which she hopes to use as a platform for this cause.

November 25, 2021
People on Accra streets are always trying to form enlightened. They will tell you that you can do 'friends with benefits' which despite the...

5 Of The Hardest Things About The Transition From SHS To...

5 Modest Fashion Cues We Can Take From Ghanaian Hijabi Ms....