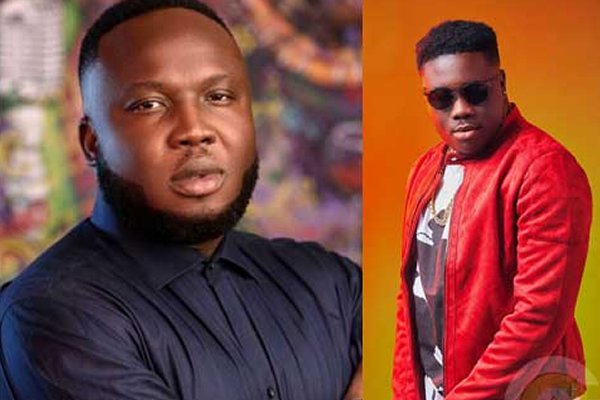 Award-winning producer, Kaywa has said allegations of song theft made against him by his former signee, Kurl Songx, are untrue.

The Jennifer Lomotey singer, in an interview with Andy Dosty, on Hitz FM’s Daybreak Hitz, on Thursday, claimed his former label boss gave ‘Dwɛ’ a song he owns to his label mates.

Kurl Songx, said that the boss of Highly Spiritual Music, Kaywa, gave the beat to him to compose the song when he was with the label.

The artiste added that after he had a misunderstanding with Kaywa, the producer allowed his signees, Krymi and Mr Drew copy his melody and create a similar tune.

However, according to Kaywa, the song was worked on by himself and his signees, Krymi and Mr Drew.

He told JoyNews’ Noella Kharyne Yalley that the hooks for ‘Dwɛ’ are from a secondary school song that stuck with him.

Kaywa explained that he produced the beat and his signees added their versus.

“There’s no line, in the verses, that belongs to Kurl Songx, the allegations are entirely untrue,” he added.

The producer stated that Kurl Songx may be making the allegations because he may want the attention to promote his new song.

“But I wish him well and I wish he prospers in whatever he does,” he added.

Lauryn Hill, Wyclef Jean, And Pras Michel Of the Fugees Set To Bring Their “The Score” 25th Anniversary Tour To Ghana

6 Weirdly Effective Things That You Can Do To Build A...

September 23, 2021
It's 2021 and for some reason, that means it's very difficult to read a book right now. Scrolling through Twitter or reading captions on...