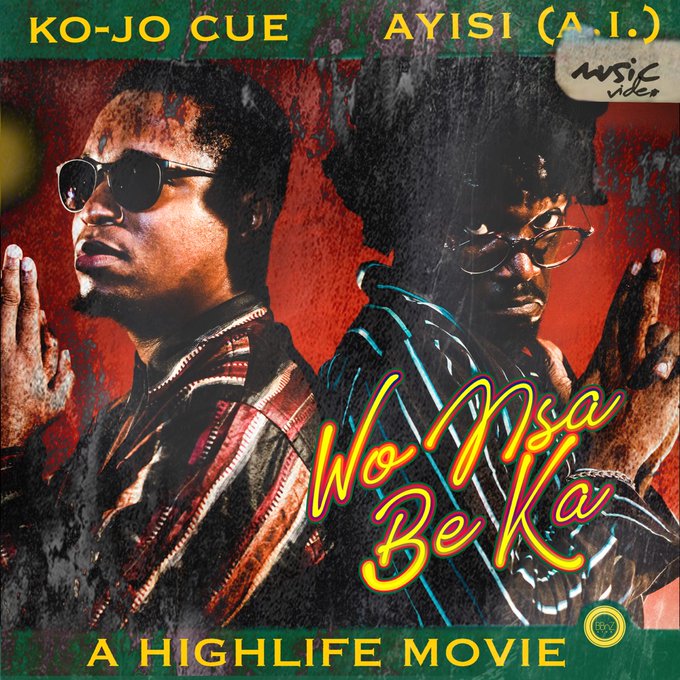 Kojo Cue needs to be applauded for giving us one of the best albums last year.

The album was so good EVERYONE that has listened to the album keeps talking about it.

Yesterday, Kojo Cue dropped the video to one of the songs on the album, ‘Wo Nsa Be Ka’ The song which features A.I (Ayisi) is a beautiful motivational song with heavy highlife elements and the video is as good as we expected it to be.

Kojo Cue and his team played on the old school vibe and basically presented the highlife song to us with an early 2000s video theme.

From the movie-like storyline to the way the two were dressed, down to how the credits were presented in the video and even the “To God Be The Glory” at the end.

It was fun to watch and it was obvious the two had so much fun making the video.