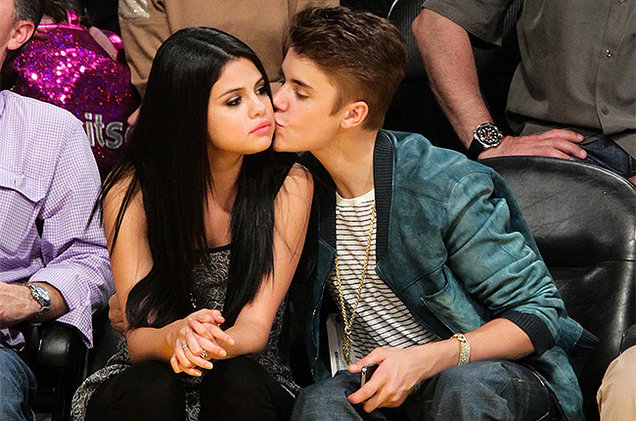 Selena Gomez and Justin Bieber’s past romance has been the topic of many songs, and many have speculated “Lose You To Love Me” is about their split. Gomez’s No. 1 song talks about the end of a relationship, and while she has never confirmed the song is about Bieber, it’s been heavily hinted at. In an interview with NPR, Gomez seemingly confirmed the inspiration behind the track and also said she was a victim of emotional abuse.

“It has a different meaning to me now from when I wrote it. I felt I didn’t get a respectful closure, and I had accepted that but I know I needed some way to just say a few things that I wish I had said,” she explained of the track. “It’s not a hateful song; it’s a song that is saying—I had something beautiful and I would never deny that it wasn’t that. It was very difficult and I’m happy it’s over. And I felt like this was a great way to just say, you know, it’s done, and I understand that and I respect that, and now here I am stepping into a whole other chapter.”

When asked if the song was about her tumultuous relationship with Bieber, she shied away from outright saying anything. “You had to get the name in, I get it,” she replied. Later, however, she admitted she “was a victim to certain abuse.” Asked if it was emotional abuse, she confirmed it was.

“Yes, and I think that it’s something that—I had to find a way to understand it as an adult. And I had to understand the choices I was making,” Gomez continued. “As much as I definitely don’t want to spend the rest of my life talking about this, I am really proud that I can say I feel the strongest I’ve ever felt and I’ve found a way to just walk through it with as much grace as possible.”

Again, she didn’t specify whether she was talking about Bieber, but it was heavily implied that he was who she was referring to. The pair had an on-off relationship between 2010 and 2018.

ABOUT US
This is the official website for Ghana's no.1 campus portal & your guide to young people. We've got the best in the latest campus info, lifestyle, entertainment, shows, events, sports, news & more.
Contact us: [email protected], For Stories & Blogs: edito[email protected]
FOLLOW US
© 2022 © Kuulpeeps
Kuulpeeps - Ghana Campus News and Lifestyle Site by Students
This website uses cookies to improve your experience. We'll assume you're ok with this, but you can opt-out if you wish. Cookie settingsACCEPT
Privacy & Cookies Policy