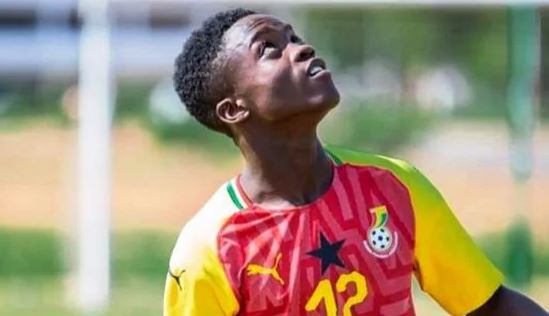 Oppong was shot in the eye by a police officer during the crowd troubles after Asante Kotoko’s 0-1 defeat by Berekum Chelsea two weeks ago.

Despite having been discharged from the Komfo Anokye Teaching Hospital and recovering steadily, the 16-year-old donated 50 per cent of his bonus to him.

Each Kotoko player received a special winning bonus of GH¢2,000 for the 2-1 win over the Phobians at the Accra Sports Stadium last Sunday.

Cudjoe came on in the 68th minute and sparkled for the Porcupine Warriors.

His shot at goal struck the hand of defender Mohammed Alhassan inside the box for a late penalty which was converted by Naby Keita for the maximum points.

#ThatNSSLife: Here’s What To Expect If You Need To Wear Makeup...

BBNaija: The Low-Down On EmmaRose Love vs SagaNin