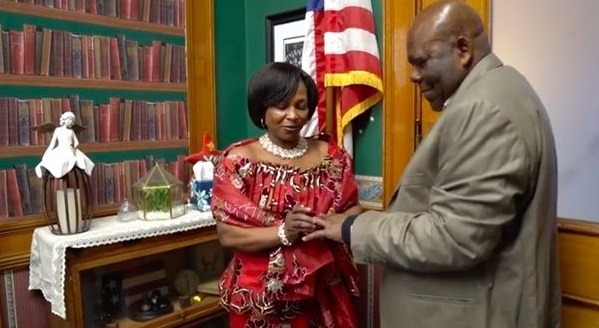 Yesterday, it was reported that Rose Mensah, popularly known in Ghanaian cinema, as Kyeiwaa has married one Micheal Kissi Asare in a court wedding ceremony in the United States.

The court wedding was said to have been attended by only close family members and friends of the couple.

Now, it has emerged that Kyeiwaa and her husband are planning a white wedding to follow up with their court wedding ceremony.

The couple will be hosting guests for their white wedding ceremony on March 21, 2020, Zionfelix reports.

In 2015, the star married one Daniel Osei, a Kumasi based spare parts dealer.

The marriage ended after just four days when it emerged that Osei had another wife.

Kyeiwaa then returned her ring and drinks after she discovered that Osei was already married to another woman. She was accompanied by her father and a number of Kumawood actors and actresses to end the marriage.

In an interview on Kasapa FM back in 2015, Kyeiwaa said she was aware Osei had a child with another woman but she didn’t know he was still married to her and since she didn’t want to be a second wife, the right thing to do was to end the marriage.