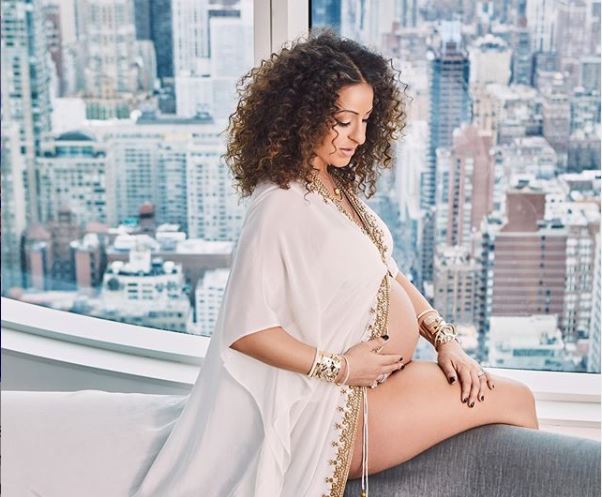 Khaled, known for his catchphrases such as ‘another one’ and ‘major key alert’, shared the happy news on Instagram on Tuesday.

He kept his fans in the loop for the entire process (just like he did with the birth of their first son), sharing pictures of himself in the hospital looking nervous as he waited for his new bundle of joy.

In another snap, their doctor, Dr Jin, puts a comforting hand on his shoulder.

Khaled announced Nicole’s pregnancy in 2019 with a picture of his wife having an ultrasound scan.

He said at the time that he was feeling ‘more inspired than ever’ at the thought of becoming a dad again.

‘All I ever wanted to do was inspire the world to be great and to leave a legacy.

‘Almost 3 years ago when I found out my queen was expecting our son Asahd I knew my life would change forever and that OUR legacy would soon be on the way.

‘Just when I thought life couldn’t get any better, I received another blessing that my queen is expecting an addition to our legacy. I’m feeling more inspired than ever now.’

Yesterday he checked in with his 17 million Instagram followers to update them on how Nicole was doing.

‘My queens is so strong’ he said.

‘Basically what I’m saying is ASAHD BROTHER BABY #2 my son coming and any day word is it could be the next 24 hours! I NEEE A HAIRCUT ALERT 🚨!!!!! So you see me wit my nerves on high alert [sic].’

We’re fully expecting to see plenty of pics of his new son placed on expensive cars and appearing on his next album as an executive producer.