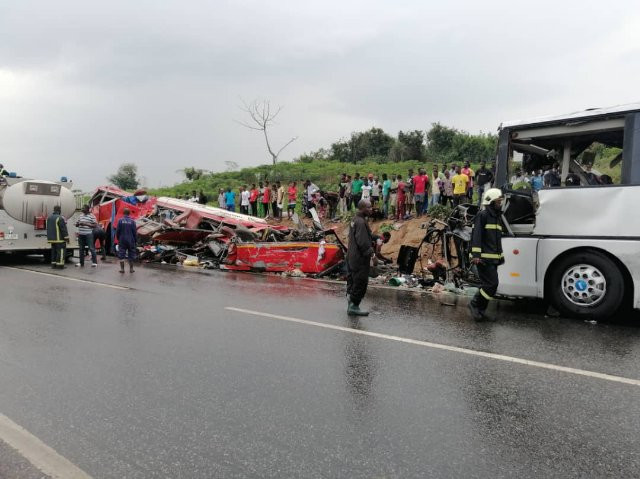 Deaths through accidents have been a canker that has bothered Ghanaians over the years.

Many people perish on Ghanaian roads year-in-year-out and efforts by successive governments to reduce or eradicate it entirely have failed.

And in 2019, it wasn’t a different story as the toll of deaths on the roads increased exponentially, the Motor Traffic and Transport Department (MTTD) has said.

The Greater Accra Region had the most road fatalities with 449 followed by the Ashanti Region with 448 deaths and the Eastern Region with 349 deaths.

The provisional data did not streamline data to cover the newly created regions.

Most of the fatalities came in crashes involving commercial vehicles where 925 fatalities were recorded as well as 7621 injuries.

Pedestrian knockdowns totalled 2,983 with 740 of the incidents resulting in deaths

There were also 4,643 motor or cycle crashes which take into account bicycles, hand carts, tricycles and motorcycles. The crashes saw 723 deaths and 3474 injuries.