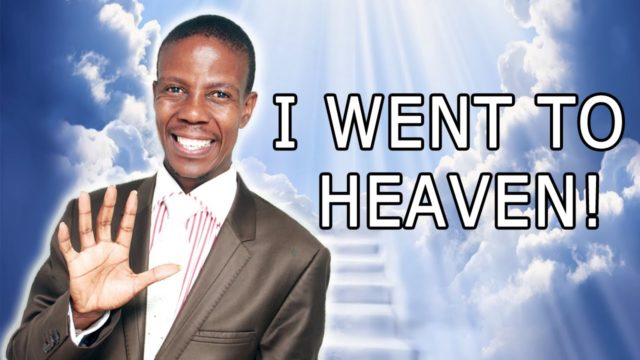 A South African Pastor Mboro who became popular in 2010 for having a phone call with Jesus Christ says he was in hell and killed the devil.

Posting on his Facebook page, Pastor Mboro stated that he has saved a lot of people who were about to be braaied by Satan in his book of pain.

The Pastor says he was shocked to meet some South African Politicians who are living a lavishing life on Earth waiting to be braaied by Satan.

“When I got to hell there was a queue of millions of people waiting to be braaied by Satan. I even saw some prominent South African politicians”

“I was so shocked because they lived like angels here on earth. I thought they went to heaven. When Satan saw me he panicked and directed his army to kill me. Like Samson in the Bible, I defeated them. Satan was my last victim”. Pastor Mboro wrote on his Facebook page.

In 2010, Pastor Mboro made international headlines after saying he has a Phone call with Jesus Christ alongside Elijah and Moses.

ABOUT US
This is the official website for Ghana's no.1 campus portal & your guide to young people. We've got the best in the latest campus info, lifestyle, entertainment, shows, events, sports, news & more.
Contact us: [email protected]ps.com, For Stories & Blogs: [email protected]
FOLLOW US
© 2021 © Kuulpeeps
Kuulpeeps - Ghana Campus News and Lifestyle Site by Students
This website uses cookies to improve your experience. We'll assume you're ok with this, but you can opt-out if you wish. Cookie settingsACCEPT
Privacy & Cookies Policy