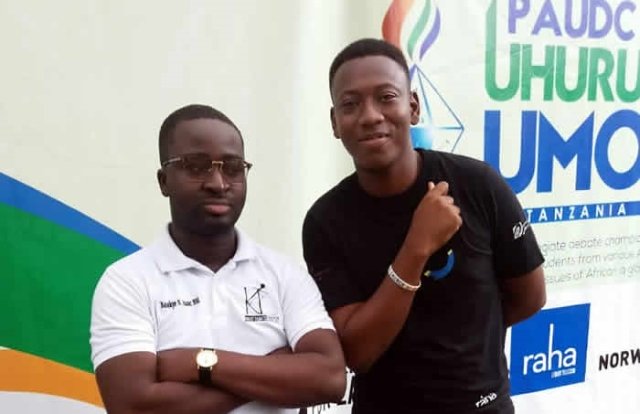 Two students from the Kwame Nkrumah University of Science and Technology (KNUST) have been invited to participate in the prestigious Hobart and William Smith (HWS) Round Robin Debate Tournament in New York.

Erasmus Maali Sebgefia and Boakye Nyamekye Isaac (BNI) as he is affectionately known in the debate circles) are the first West Africans to break to the Quarter Finals of the competition, which was KNUST’s maiden participation since its inception four decades ago.

The University of Ghana (UG) is the only West Africa and Ghana Institution to make five appearances at the WUDC followed by KNUST’s one appearance.

Kwaku Apreku Agyapong from the UG, however, won the Public Speaking segment of the WUDC after Jeremiah Kobby Sekyi first grabbed it for the school at the University of Cape Town in South Africa.

This makes UG the only African university to win the Public Speaking segment of the WUDC and defended it but are yet to advance to the knockout stages of the main debate.

Amassing 16 scores with 1,430 Speaker Points after nine preliminary rounds, BNI and Segbefia broke 14th at the English as Second Language (ESL) category with Segbefia becoming the only African to make the best 100 Speakers list out of a total of 780 speakers across the globe.

The HWS Round Robin is an international tournament of champions hosted in each April which is second only to the World Championships in competitiveness.

Sixteen teams and 15 judges from around the world come to HWS to compete and has been represented by 22 nations in the last three years. Internationally renowned speakers give lectures and the best debaters in the world compete each year to earn a place at the tournament.

October 21, 2021
Bad Boy Timz has continued to take the Afrobeats world by storm since his 2019 release “Check and Balance”. The subsequent release of his...