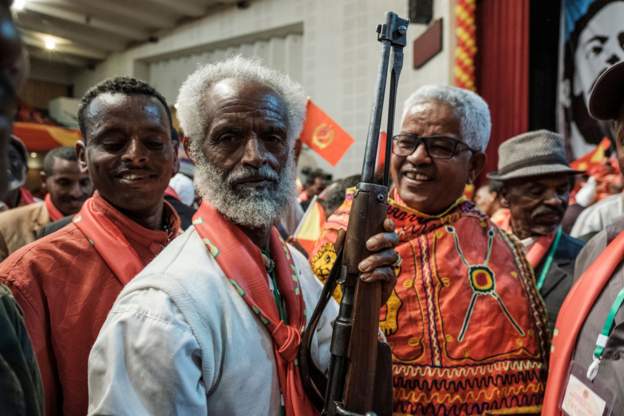 Ethiopia hopes the Firearm Administration and Control proclamation, passed into law by the country’s upper house of parliament on Thursday, will help curb insecurity in the country.

The new law limits the number of guns an individual can possess to one and prohibits the selling and transferring of a weapon to a third party.

The legislation stipulates up to three years’ imprisonment for those carrying a weapon illegally and up to 15 years for illegal bulk sales. Individuals currently owning or carrying unlicensed firearms have a year to get their guns registered and licensed.

Private gun ownership has been a common practice amongst various communities in the country.

But a rapid rise in the small arms trade over the past few years has coincided with a rise in ethnic and religious violence.It has resulted in thousands of people being killed and the displacement of millions of others.Elections are expected to be held later this year.