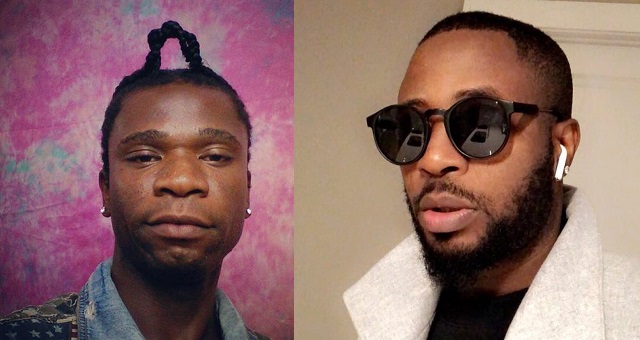 Legit.ng recently reported that trouble began between the two after Ednut claimed that he was behind Darlington’s rise to success. In reaction to the claims, Darlington took to social media to rain insults on him. He recently shared a video of himself cursing out the controversial blogger.

Darlington also warned Ednut to stop disrespecting him. He warned him that he could tell a herbalist to tie hid destiny down.

According to him, he could give a herbalist N50,000 to tie his destiny down. He also added that he could also get Ednut deported from the United States.

Not long ago, Legit.ng had reported that the aggrieved entertainer had taken to social media to drag the ex-musician. Darlington shared a video where he passionately insulted Ednut as he called him a failure at everything.

Speedy’s annoyance seemed to stem from Ednut sharing his content on his page without proper credit. The rapper, in his passionate video, called Ednut a failed musician and a failed blogger.