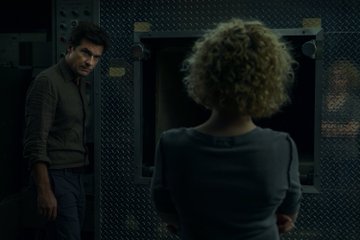 It’s been over a year-and-a-half since the second season of Ozark aired on Netflix, leaving many fans wondering what’s to come for the Byrde family. Now it seems it won’t be long before the third instalment airs as the streaming giant has just shared a teaser video announcing the return of the hit series.

The short clip features a casino dealer placing cards upside down on the table with the numbers “3,” “27,” and “20” shown facing upwards to denote the air date. Along with cash being counted and poker chips falling, the tagline “They are all in” flashes on the screen. According to Netflix, the third season of the Jason Bateman-led series picks up six months after the conclusion of Season 2, with Marty (Bateman) and Wendy (Laura Linney) going back and forth over what’s next for the family and the casino. “Marty preaches keeping the status quo. Aided by an alliance with Helen and drug cartel leader Omar Navarro, Wendy plots for expansion. But when Wendy’s brother Ben comes into town, everyone’s lives are thrown into chaos,” an official synopsis from Netflix reads.

In addition to announcing the release date for Season 3, Netflix shared a first look at the new episodes of Ozark on Twitter. The four brand-new photos feature the core members of the cast including Bateman, Linney and Julia Garner.

The third season of Ozark hits Netflix on March 27.