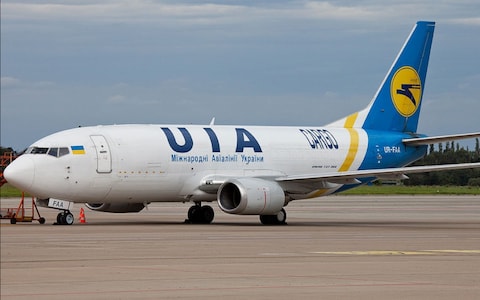 A Boeing 737-800 jet that was on its way to Kyiv, Ukraine from Tehran, Iran has crashed. The aircraft was less than four years old.

The passenger plane, which was operated by Ukrainian International Airlines and went down just after 6:20 a.m. local time, had 180 passengers, CNBC reported citing Iran’s Fars News Agency. The flight took off from Tehran’s Imam Khomeini International and was experiencing technical issues, local media reported. Everyone onboard the flight has reportedly died.

Boeing released a short statement on the crash and said that they “are gathering more information.”

The crash of Ukraine International Airlines Flight 752 took place not long after Iran launched multiple missiles into Iraq in a strike targeting military bases with U.S. troops. The strikes were in response to the Trump administration’s assassination of Iranian commander Qassem Soleimani.

Last month, Boeing CEO Dennis Muilenburg stepped down from his position. Muilenburg’s resignation came on the heels of two fatal crashes of 737 Max 8 aircraft in Ethiopia and Indonesia. 157 people died in the Ethiopian Airlines crash while 189 people died in Lion Air Flight 610 after it went down in the Java Sea.