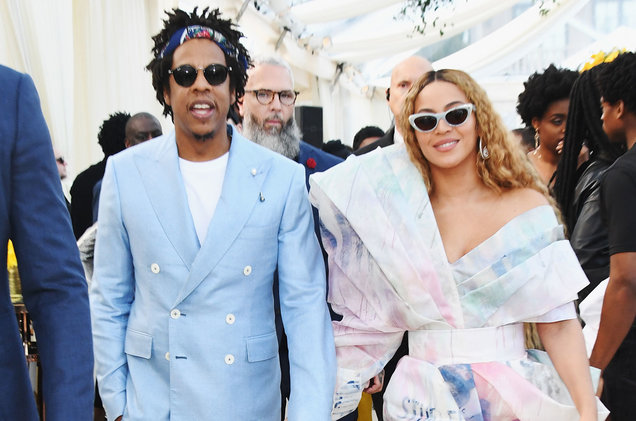 Ace of Spades champagne was on the menu for JAY-Z and Beyoncé at Sunday’s Golden Globes ceremony.

As Page Six points out, a photo from the night’s proceedings shows a bodyguard with the couple holding bottles of the JAY-backed brand of champagne as they’re waiting to take their seats. The Globes, of course, are a Moët & Chandon-sponsored awards show.

The champagne brand in question has received praise from libation experts in the past, including the honouring of its A1 bottle with the No. 1 Blanc de Noirs distinction by Fine Champagne magazine back in 2016. “It holds its own against the world’s best champagnes,” wine critic Mark Oldman said at the time.

Elsewhere at the Globes, Beyoncé was up for Best Original Song for the Lion King cut “Spirit.” That award, however, ultimately went to Elton John and Bernie Taupin’s Rocketman creation “(I’m Gonna) Love Me Again.”

Other big winners of the night included Once Upon a Time in Hollywood, Joker, Fleabag, 1917, Succession, and Chernobyl.