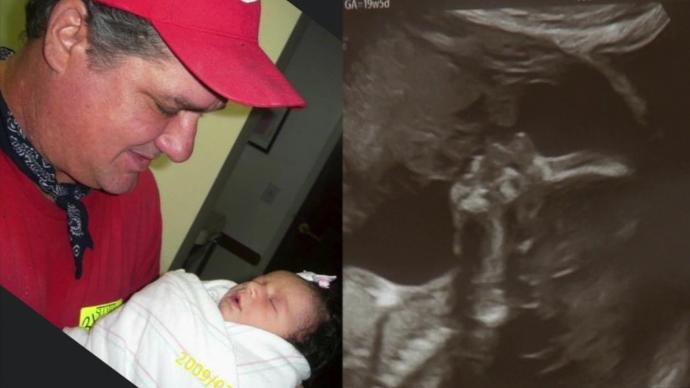 A mum-to-be identified as Shantel Carrillo has shared what is believed to be a miracle on social media.

The 30-year-old lady who is due to give birth in April 2020, had an ultrasound scan to get a picture of her child in her womb and was left stunned after ‘spotting’ her late dad in the photo. Carillo had shared the image on social media when people pulled her attention to the possibility of an angel kissing her child in her womb.

Upon close inspection, the mum-to-be concluded that it was her late dad, Chuck, who was kissing her baby.

According to reports, Carillo lost her dad in 2016 to a heart attack, however, from the look of things, he remains with her and her family. It is no wonder her post instantly went viral on social media with many people agreeing that it looks like someone, perhaps, an angel is kissing her baby.