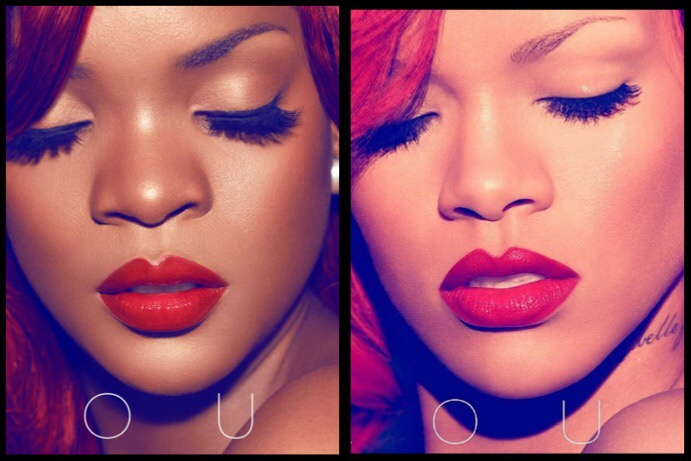 Rihanna is in the news once again for the right reasons.

But this time, it’s not really Rihanna.

It is an Ashesi Student, Lisa-Lan Woell.

She is a huge fan of Rihanna and thought it’d be cool to pay tribute to the singer by celebrating a decade of the release of Rihanna’s LOUD album.

LOUD is the fifth studio album released by the Barbadian singer, Rihanna. It was released on November 12, 2010, by Def Jam Recordings and SRP Records. The album was recorded between February and August 2010.

The album had the hit songs, S&M, the famous “What’s my Name” with Drake, California King Bed, “Man Down” and others.

But hey, let’s focus on the beautiful album art that was recreated by Lisa-Lan.

Below is the album art of Rihanna’s “Loud”.

Lisa-Lan’s shoot was done by Phloshop and her makeup was inspired and done by Juury Studios.

Good job guys. We can’t wait to see how Riri reacts to it.