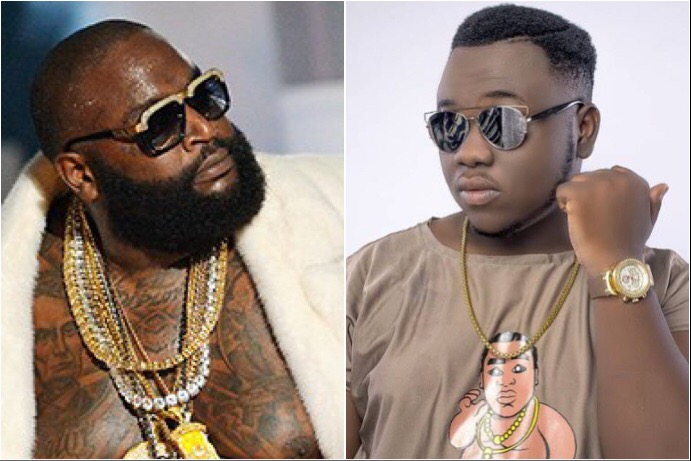 Everyone’s been talking about shooting shots and honestly, CJ Biggerman has shown us how it’s done.

The rapper showed up at the Kempinski Hotel to meet American hip-hop legend, Rick Ross. He was part of a small crowd of people standing around while the rapper walked into the lobby. Immediately he spotted Rick Ross, he started dropping some lines, freestyling to the rapper and guess what Rick Ross did!

He took out his phone and jammed with the rapper like they are old friends!!

According to CJ Biggerman’s post, Rick Ross wants to perform with him at Detty Rave tomorrow.

Rick Ross arrived in Ghana a few minutes ago to get ready for his performance at Mr Eazi’s Detty Rave concert tomorrow.