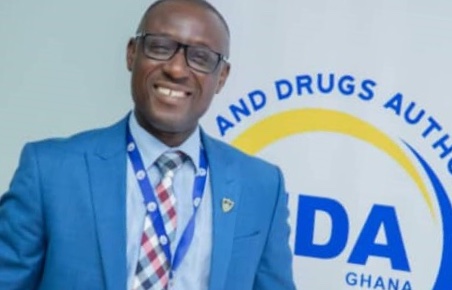 In a reaction to recent comments by rapper Edem in an interview with Graphic Showbiz that the ban on celebrities endorsing alcoholic beverages was wrong and had negatively affected the entertainment industry, Mr Essel said the decision was irreversible.

According to him, the FDA would not allow any popular figure to negatively influence the youth and asked that celebrities rather supported the move.

“Can you imagine someone like Shatta Wale or John Dumelo endorsing alcoholic beverages for their fans who are probably below 18? What will they be telling them? The use of alcohol is as serious as guns, and I would rather plead that celebrities support the cause.

“Well known persons have the potential to influence their followers who are not legally permitted to possess alcohol or use alcohol.

“In view of that guidelines have been set to guide operations of alcoholic beverage companies, including advertisement of their products and this is the reason well known persons are not allowed to endorse the products,” he told Graphic Showbiz.

Giving his reasons on why the FDA also banned alcoholic beverage companies from sponsoring some particular events, Mr Essel said it was wrong for instance for them to sponsor a school programme or sporting event involving minors.

“Just take a look at what happened at the Adonko Aseda Bash at the Baba Yara Stadium in Kumasi some years ago, where a lot of people in their teens got drunk and couldn’t do anything than to sleep on the ground. We just want to prevent such things from happening,” he said.

Moving forward, the FDA is asking any company or individual seeking sponsorship from alcoholic beverage companies for their events to first write to them.

In Edem’s interview with Graphic Showbiz, he said celebrities’ incomes had reduced since the ban came into effect and urged government to reverse its decision.

“Nothing is working in the entertainment field and the main problem is because the government has banned alcoholic beverage producers from sponsoring events and also stopped celebrities from endorsing alcoholic beverages, which is so wrong,” he said.