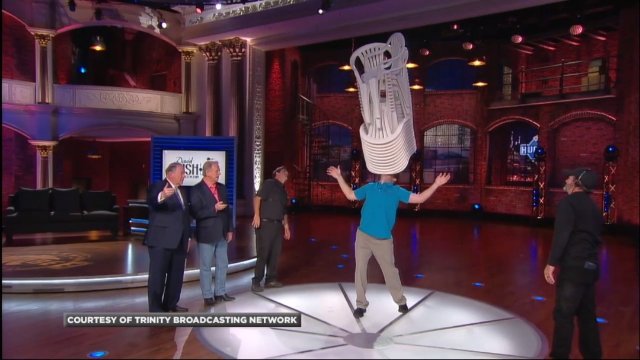 An Idaho man appeared on TV to balance 15 chairs on his chin and recapture a Guinness World Record.

David Rush, who has broken more than 100 Guinness World Records to promote STEM education, travelled to Hendersonville, Tenn, to appear on TBN’s Huckabee show and recapture the record for most chairs balanced on the chin.

Rush previously held the record with eight chairs, but his accomplishment was beaten by Jaw Rawlings earlier this year on Britain’s Got Talent.