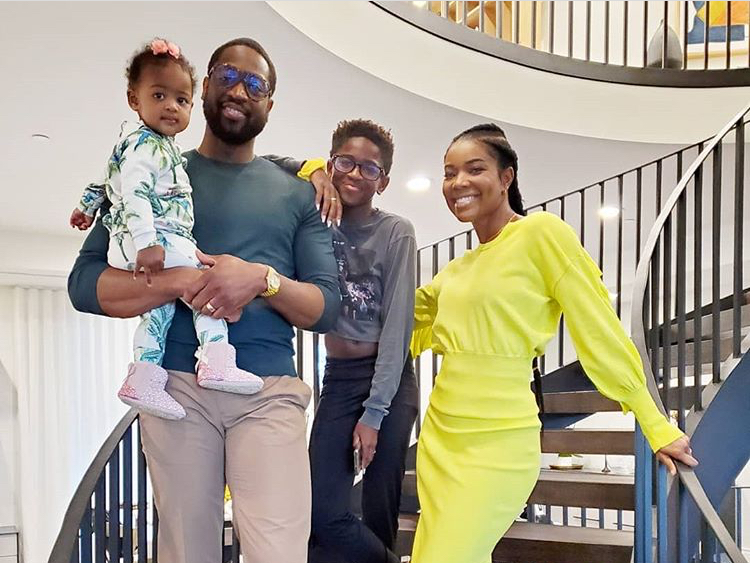 Dwyane Wade took to Twitter on Saturday to defend his youngest son against closed-minded internet trolls.

It all started on Thanksgiving Day, when Wade’s wife, Gabrielle Union, shared a nice family photo on her Instagram page. The picture showed the couple with their 1-year-old daughter, Kaavia, and 12-year-old son, Zion, who was wearing a crop top and fake nails. A number of people decided to criticize the boy’s style choices and suggested Wade was somehow a bad father for allowing his son to express himself as he pleased.

“Smh wtf this lil boy got nails on for?” one person wrote. “I’ve lost all respect for D Wade …”

“Why does his son have his nails done and dressed like a girl?” another commented.

Though the negative messages were outweighed by the positive, Wade decided it was important to address those of the latter variety, while also defending his family and parenting skills.

“As a parent my only goal is that my kids feel that i see them, love them and support them,” he wrote. “I’ve seen some post-thanksgiving hate on social about my family photo. Stupidity is a part of this world we live in—so i get it. But here’s the thing—I’ve been chosen to lead my family not y’all. So we will continue to be us and support each other with pride, love & a smile!

As a parent my only goal is that my kids feel that i see them , love them and support them. https://t.co/ZrJp9WFdbi

This isn’t the first time Wade has had to deal with this kind of ignorance. Back in October, the former NBA player triggered some of his Instagram followers when he posted a photo of Union, Kaavia, and Zion along with caption “My girls.”

Union was quick to defend the post, which also received homophobic and misogynistic reactions.

“Looks like love to me,” the actress tweeted. “I truly hope that everyone gets the love, support and hugs they deserve. Also Kaav ain’t with the dumb shit. Peace & Blessings good people.”

Looks like love to me 🤷🏾‍♀️ I truly hope that everyone gets the love, support and hugs they deserve. Also Kaav ain't with the dumb shit. Peace & Blessings good people. https://t.co/faFyusNktj

January 21, 2022
All the brothers and sisters who ended last year down in the depths of singledom are probably hoping that this year will be a...