Kuulpeeps – Ghana Campus News and Lifestyle Site by Students
Home KU’PID What To Expect When You Lose Your Virginity For Both Men And...
Facebook
Twitter
WhatsApp

Virginity is a big deal for a lot of people. There’s always a bit of ceremony before that first sex. However, in this era of inclusivity and consciousness, some people don’t believe in the concept. Or rather dismiss the concept for marginalizing intercourse that isn’t heterosexual and for placing undue pressure on people to have sex or not.

For women, aside from the emotional side of things, one of the most obvious physical changes of lost virginity might be pregnancy. So as a heterosexual woman before having your first sex make sure to have birth control at the ready.

For women, there are a few physical changes you may begin to notice after having your first sex. Below are those signs.

When you’re sexually excited your nervous system becomes excited, too. The consequence is that your blood vessels will distend, which in turn makes your breasts swell up. Please, note that the firmness is only temporary. This is not in any way saying that you will permanently have firmer breasts.

Technically, this is referred to as vasocongestion. When you start having sex, your body reacts by increasing your blood flow and then tension and sensitivity to your nipples and areola. Your nipples become erect and hard when you’re sexually excited, which can help you reach orgasm.

But here’s what’s different about this one. It’s not really temporary. Even when you’re not having sex or even excited, your nipples remain generally more sensitive than they were before you started having sex.

Changes in your vagina

Since there’s new activity in your vagina, it is bound to adjust to elasticity. But it could take a bit of time before it is used to penetration. At first, there might be pain from not being lubricated enough. More foreplay can help the vagina lubricates itself. But if the pain persists you should probably see your doctor for an examination.

Your brain is capable of releasing feel-good chemicals and hormones like endorphins and serotonin, oxytocin and dopamine. These hormones can bring about a kind of feel-good surge, making you feel a powerful sense of bond and trust for the person you just had sex with. Little wonder oxytocin is sometimes called the cuddle hormone.

Your clitoris and uterus will know how to behave

As time passes after your first sex, your uterus and clitoris will become used to sex and learn to adjust, contracting and expanding accordingly. Your uterus rises and your clitoris becomes erect and swells any time you get sexually excited. They also return to normal when you get out of the mood. 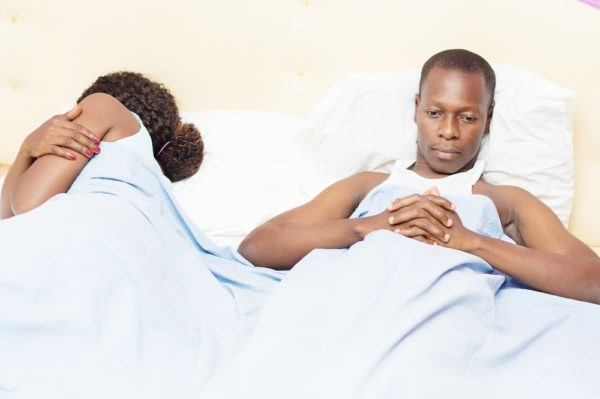 For men, the signs are more emotional than physical. In a world that constantly urges men to mould themselves into sexual demigods in order to be worthy in bed, the pressure after your first sex can be very exhausting.

The pressure is almost like taking an examination and you go home wondering if you did enough to have escaped the Nigerian derogatory name of “One-minute man.”

Subsequently, that pressure leads to the constant need to outdo yourself whenever you find yourself in bed. You do everything in your power to mask your inexperience instead of communicating and being open with your partner about your sex life. This way your partner lowers their expectations and try to get in sync with you.

Is your virginity a gift?

There are many things that get bandied about that are just the stuff of legend. Things like the hymen. The hymen is not a flat tissue that needs to be broken through during the first intercourse. If this were true you have to wonder how come women menstruate even as virgins. The hymen is a tissue that sits around the vaginal opening.

Speaking of vaginal openings, understand that your virginity isn’t a gift to preserve for anybody. Your virginity is yours and yours alone. If you’re going to preserve it let it be for reasons you’re comfortable with. You are the only one who gets to decide who to have your first sex with.

During and after your first sex nothing is set in stone. Therefore, after the first sex, you may notice some weird and impulsive behaviour from your partner. He/she might freak out and then act out. They might even ask for a break up because they feel like they have taken something important from you and they start to feel like they have to marry you. Allow them some time for it to pass.

Interesting Pre-Wedding Pictures That Will Make You Giggle

GH Men! Your Women Are Praying For A Man Like Kidi… Here’s Why

Karel Adotey Mensah - June 6, 2020 0
There is a vacancy for security officers around Spintex. The ideal candidate should live in the area and should be able to...

Stunning Pictures Of Jackie Appiah In All The Colours Of The...

Reddit Co-Founder Quits Board And Asks For Black Replacement

12 Habits That Kill The Vibe In Conversations

Interesting Pre-Wedding Pictures That Will Make You Giggle

Stunning Pictures Of Jackie Appiah In All The Colours Of The...

12 Habits That Kill The Vibe In Conversations