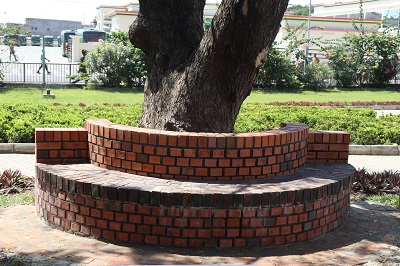 Addressing the media and the stakeholders at the Meet the Press series organised by the assembly on Monday, the MCE said the move forms part of efforts to enrich the social life of city dwellers and visitors to the city.

“These seating areas will not be a place for transacting business or a market centre for traders to sell, it won’t also serve as a sleeping place for homeless people, but a place where city dwellers can go and relax and entertain themselves,” he said.

According to him, the idea which forms part of activities to beautify and green open public spaces in the city had already begun adding that the Bank of Africa had signed a Memorandum of Understanding (MOU) with the Accra Metropolitan Assembly (AMA) to adopt and redevelop the triangular open space located in front of the Octagon building into a green park.

He also disclosed that the AMA would from next year provide seedlings to every household in the city under its 100,000 tree planting project to encourage citizens to plant at least one tree either in their homes or in front to help address the issues of climate change.

“As a result of urbanisation, people are cutting down trees indiscriminately. We have begun planting trees all over the city and in the first quarter of next year, we will provide seedlings for city dwellers to plant trees in or in front of their homes, give it a name, and take care of it,” he said.

Mr Sowah reiterated that trees contribute immensely to the quality of the air we breathe and it was in this regard that the Accra Metropolitan Assembly (AMA) was planting 100,000 trees in the metropolis.