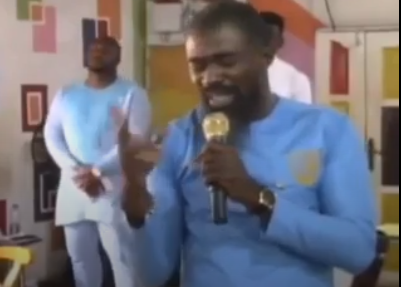 If you thought that ‘doom’ prophecies over the lives of Ghanaian artistes were over, you might want to think again. Over the years, many so-called men of God and prophets have spelt out doom over certain celebrities. Others have claimed these prophecies after the incidents have happened.

According to the prophet, people have targeted the musician and have taken his pictures to places to bring him down. The Eagle prophet went on to say that he saw Kuami Eugene travelling to his home town, the same way as late Ebony did.

“…any of you that knows this young guy called Kuami Eugene, his pictures have been taken to places to bring him down. That young guy should rise up and pray, he shouldn’t joke with his destiny. Because they are bringing him down”.

Pastors have always been heard to prophesy deaths in the industry especially when certain acts are at the peak of their career in the entertainment industry. Many have criticised these, blatantly refusing to believe these men of God while others think this is not a bad thing to do because “God reveals to redeem”