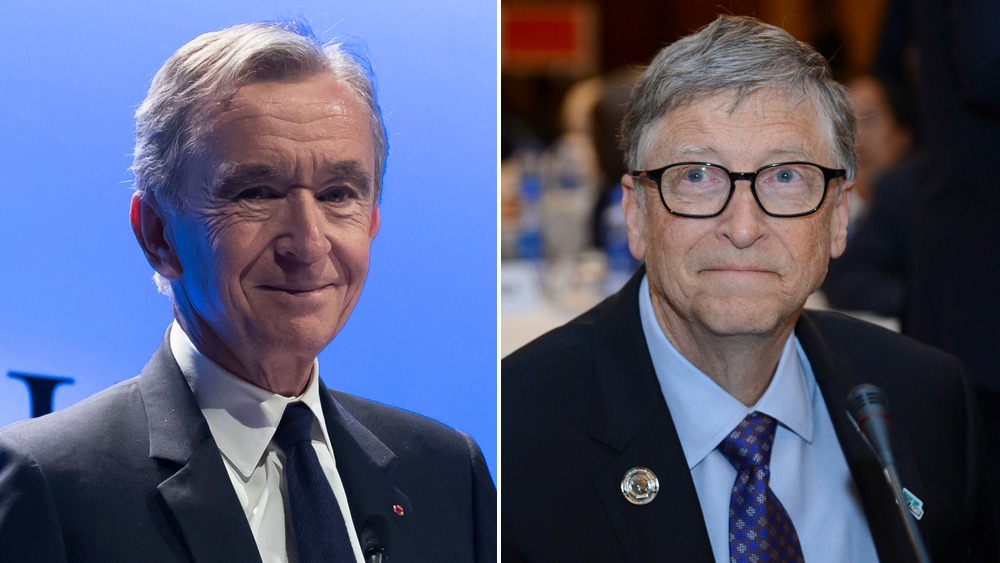 Luxury conglomerate LVMH’s stock has been red hot since the beginning of October, propelling its CEO, Bernard Arnault, into the No. 2 spot on Forbes’ list of the world’s richest people. His $107 billion fortune edges out that of Microsoft co-founder Bill Gates, whose net worth is $106.9 billion.

Arnault is only $5.2 billion behind Amazon’s Jeff Bezos, the richest person on earth, worth $112.3 billion.

Arnault, Europe’s richest person, was briefly number two behind Bezos in July before slipping back to the world’s third-richest.

Arnault, Bezos and Gates are the world’s only centibillionaires, according to Forbes’ real-time billionaire rankings.  Arnault’s net worth reached $100 billion in June.

It’s been a great year for the luxury goods titan. Back in March when Forbes published annual list of the world’s richest, Arnault ranked No. 4, with a $76 billion fortune, behind Bezos, Gates and Berkshire Hathaway chairman and CEO Warren Buffett.

Since then, the stock of Paris-based LVMH, whose holdings include Sephora and Givenchy and dozens of other brands, has skyrocketed by over a third. In late October, the stock jumped following news that LVMH was exploring the purchase of U.S. jewellery fixture Tiffany.

Such an acquisition is in line with the strategy that’s made Arnault so rich: Acquire legacy luxe brands, then give them a bigger, more modern global footprint.

Jesse Ababio - July 4, 2020 0
David and Victoria Beckham celebrate 21 years of marriage with touching posts to each other. The instagram posts shared by the two...

Canon Has Officially Stopped Using The Terms ‘Master’ and ‘Slave’