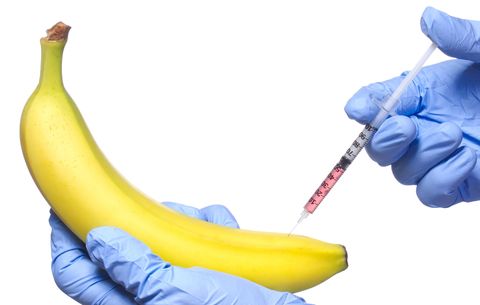 The birth control is injected directly into the penis where it effectively blocks sperm from leaving the testicles. Amazingly, the effect can last for up to 13 years!

In news that will come as music to the ears of many women, scientists have revealed that male birth control is almost ready.

The birth control involves an injection directly into the penis and has just successfully completed a clinical trial at the Indian Council of Medical Research (ICMR).

Speaking to Hindustan Times, Dr R.S. Sharma, a senior scientist with the ICMR, said: “The product is ready, with only regulatory approvals pending [from the government].

“The trials are over, including extended, Phase 3 clinical trials for which 303 candidates were recruited with a 97.3% success rate and no reported side effects. The product can safely be called the world’s first male contraceptive.”

The birth control is made from a polymer called styrene malieic anhydride and is injected into the vas deferent – the two ducts that carry sperm out of the testicles.

There, the polymer effectively blocks sperm from leaving the testicles, and amazingly, the effect can last for up to 13 years.

The researchers suggest that the product will be available within the next seven months, although it seems many men are sceptical of male birth controls.

A recent survey by YouGov revealed only one in three men would be willing to take male birth control.

However, the injection isn’t the only male birth control in the works.

Based on the findings, the researchers believe that the pill could be widely available ‘in about 10 years.”