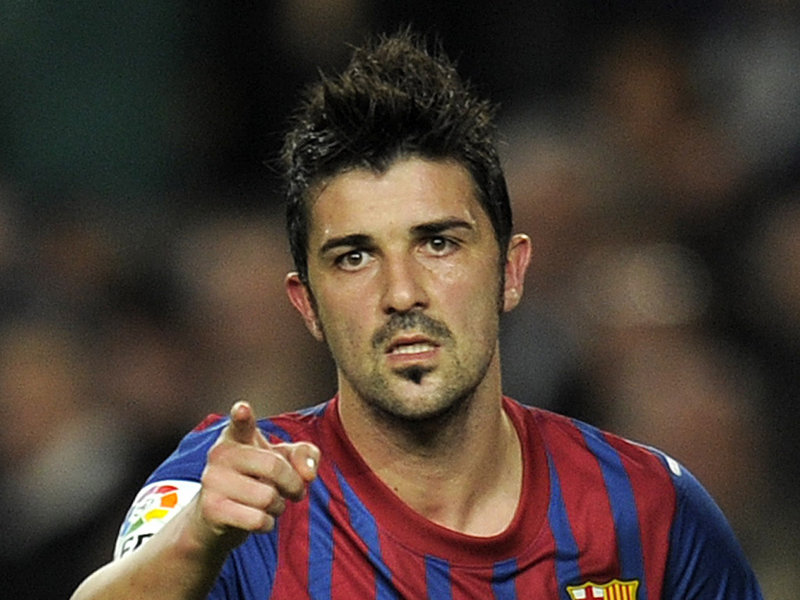 Spain’s all-time leading goalscorer, David Villa has announced he will retire from playing at the end of the Japanese season when he would have turned 38.

Villa, who plays for J1 League side Vissel Kobe, will bow out having won the 2010 World Cup and Euro 2008 with Spain, and the Champions League in 2011 with Barcelona.

The 37-year-old is Spain’s top scorer with 59 goals in 98 games, with four of those coming at Euro 2008 where he won the Golden Boot and was named in the team of the tournament.

The former Valencia man said in a statement on social media: “After 19 years as a professional, I have decided to retire from playing football at the end of this season.

“Thank you to all the teams, coaches and team-mates that have allowed me to enjoy this dream career.

“Thank you to my family, that has always been there to support me through good and hard times. It is my objective to put the cherry on top by winning the Emperor’s Cup with Vissel Kobe on January 1st.

“From then on, I will continue to enjoy football through all the projects that we’re currently developing with DV7 group. Thank you for all the love.”

After 19 years as a professional, I have decided to retire from playing football at the end of this season. Thank you to all the teams, coaches and teammates that have allowed me to enjoy this dreamed career. Thank you to my family, that has always been there to support me. pic.twitter.com/E82vb3tNwT

Following his retirement, Villa will be a lead investor in a new United States football franchise, Queensboro FC in New York, that will enter the second tier of US football from 2021.

He will end his playing career at Vissel Kobe, who play their Emperor’s Cup semi-final on December 21 with a potential final on January 1, before moving back to America, where he previously represented MLS side New York City.

Villa was regarded as one of Europe’s elite strikers in his time in Spain and rose to prominence in his time at Valencia, where he scored more than 100 goals in a five-year spell that saw him win the Copa del Rey in 2008.

He also helped Barcelona to lift the Champions League in 2011 scoring in their 3-1 final win over Manchester United at Wembley.

Villa was sold by Barcelona to Atletico Madrid in 2013 where he won his third La Liga title, scoring 13 league goals in 36 games to help Los Colchoneros win their first league title since 1996.