The logo just says “Facebook,” but in a really bland and generic font that looks like it would fit well on a credit card. A GIF shows the word mark displaying in different colours to represent the different brands — blue for Facebook proper, green for WhatsApp, pinkish for Instagram, and so on.

The logo is supposed to be put to use in the “coming weeks” within Facebook products and marketing materials. We’ve known for a couple of months that Facebook would soon add “from Facebook” within some of its other apps, and it turns out we’re going to see this logo instead of the traditional blocky blue Facebook wordmark. 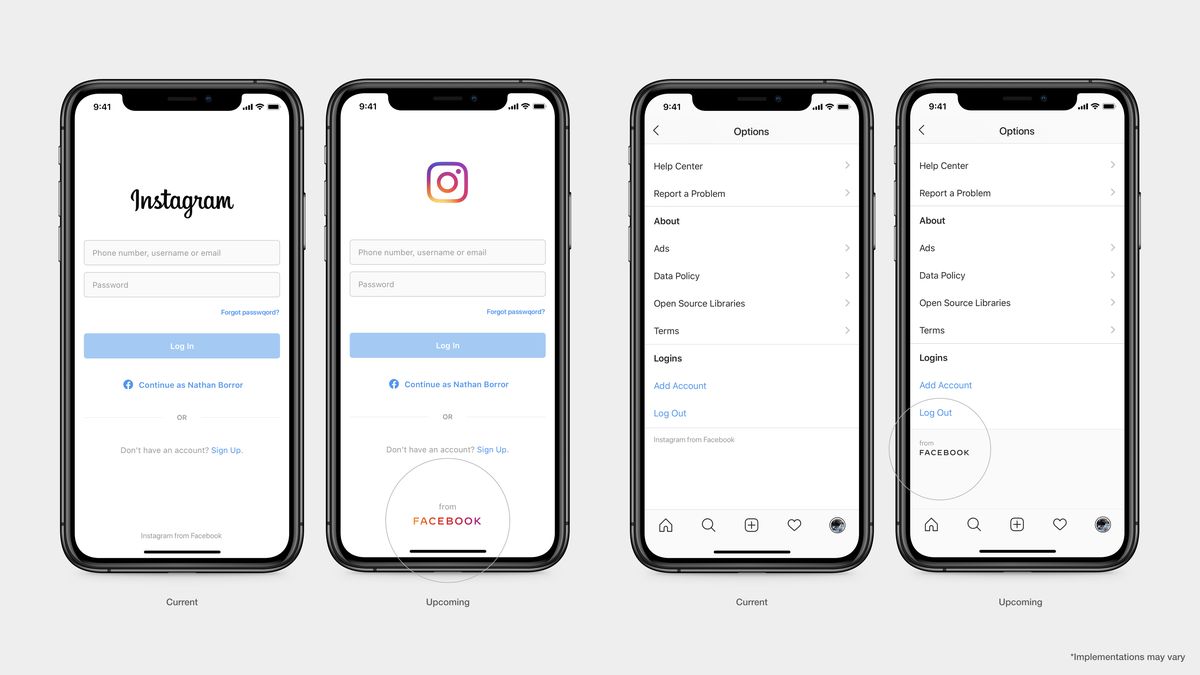 Facebook has always used its social network’s wordmark to represent the company as a whole. But 15 years on from its founding, Facebook is now far more expansive as a parent brand, and the company apparently felt it was necessary to distinguish itself from the social network it was built upon.

The new logo uses custom typography and is “designed for clarity,” with the goal of creating a “visual distinction between the company and app,” the company says.

Facebook says the goal of including “from Facebook” is to let people know that its apps have “shared infrastructure” and rely on many of the same teams. “People should know which companies make the products they use,” writes Antonio Lucio, Facebook’s chief marketing officer.

At the same time, the new logo feels like it might also be an attempt to keep Facebook’s different brands a little bit more distinct amid almost nonstop controversy. The different logos seem to say that Facebook the company is not entirely defined by Facebook the social network — they just happen to share the same name and controlling interests.

Lucio told Bloomberg that changing the parent company’s name was considered, but decided against because Facebook didn’t want to appear to be hiding from its problems. Instead, the rebranding is more about trying to colour Facebook with some of the goodwill associated with its other brands, like Instagram and WhatsApp. When people learn Facebook makes them, Lucio tells Bloomberg, they start to like Facebook more, though it also puts a “brand tax” on the other app due to the association.