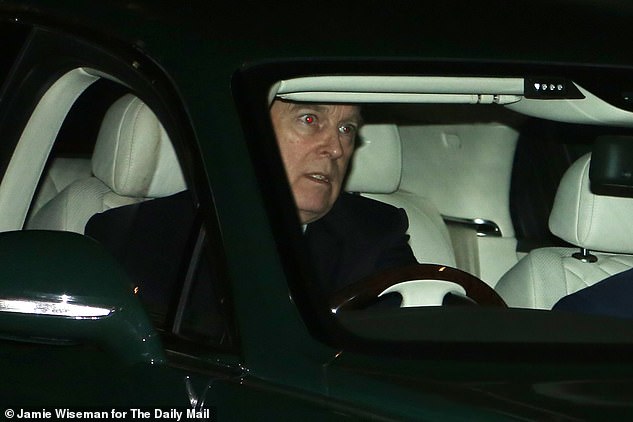 The Queen has given permission for the Duke of York to step back from public duties for the foreseeable future’ amid criticism over his relationship with Jeffrey Epstein, the duke said in a statement.

Prince Andrew this evening issued a statement saying it had become clear to him that his friendship with the billionaire paedophile had caused ‘major disruption’ to the Royal Family’s work.

He also said that he is willing to help ‘any appropriate law enforcement agency with their investigations’ into the sex offender, who killed himself in prison while facing sex trafficking charges. 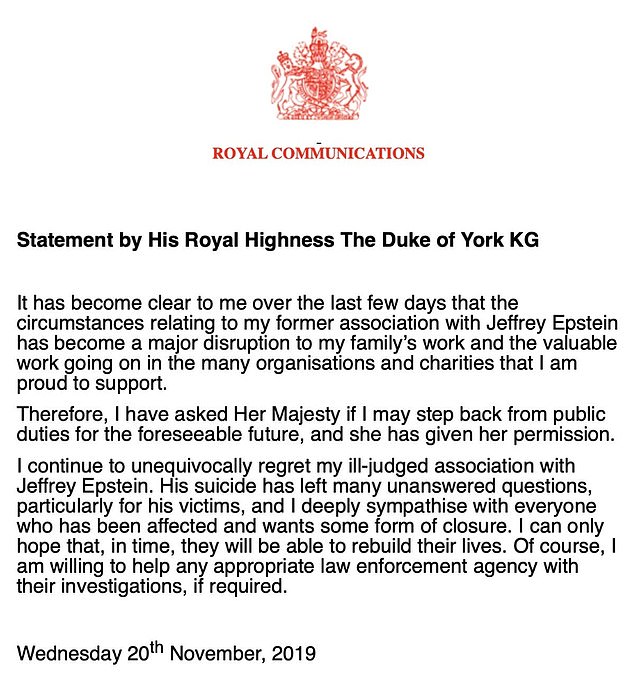 It comes after the Duke was today seen for the first time since his disastrous BBC Newsnight interview with Emily Maitlis on Saturday about Epstein which caused a furious public backlash.

He was forced to cancel a visit to the flood-hit towns of Fishlake and Stainforth, near Doncaster, South Yorkshire, yesterday. A source said his trip – which was not publicised in advance – was scrapped as a result of the fall-out