This is the stomach-churning moment where a cobra was found after swallowing a whole python.

Terrified residents saw the highly venomous Philippine cobra in a rice field in Davao del Sur in the south of the country on Wednesday afternoon.

It had killed the reticulated python and swallowed it whole, with only its victim’s tail hanging from its jaws.

The panicked locals – who have seen several people succumb to cobra bites in recent years – whacked the predator with a club until it died.

They then cut open the cobra and found the python inside its stomach.

One villager said: ‘There are lots of snakes in our area, but this is the first time we saw a cobra eat a python.

‘We’ve had people die from cobra bites before so my neighbour killed the snake as soon as he saw it.’

The incident was captured in a remote village near the town of Kibalawan on the island of Mindanao in the south of the Philippines. 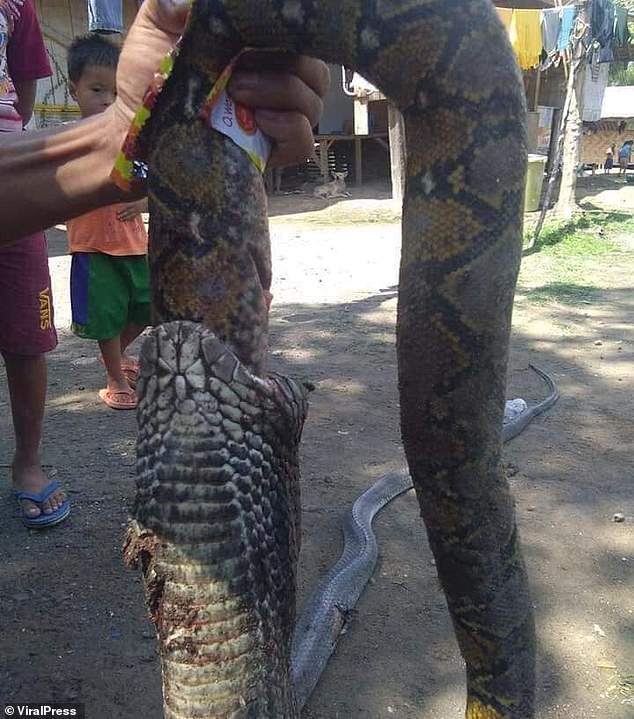 After the cobra was killed, residents used a machete to cut it open. They estimated that the cobra was around 12ft long while the python was smaller, measuring between 6ft and 8ft.

The incident was reported to the local village officials who warned residents to beware of snakes in the fields.