Kuulpeeps – Ghana Campus News and Lifestyle Site by Students
Home TRENDING News Samira Bawumia Thanks All Who Helped Her After She ‘Succumbed To The...
Facebook
Twitter
WhatsApp 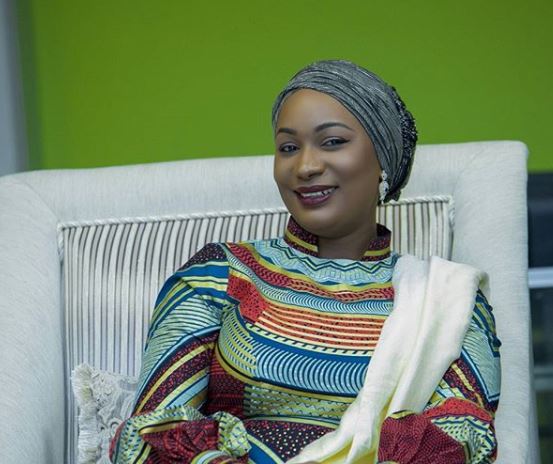 Following the report by Graphic Online that the Second Lady Samira blacked out while delivering a keynote address at the opening ceremony of the 17th Biennial Delegates Congress of the Ghana Registered Nurses and Midwives Association (GRNMA) at Dodowa, Mrs Bawumia has taken to Facebook to say thank you to all those whose timely intervention helped to save her life.

“I am grateful to the professionals present, for their timely intervention after I succumbed to the heat at the conference venue. Thank you all for the well-wishes,” she said hours after Tuesday’s reported accident. 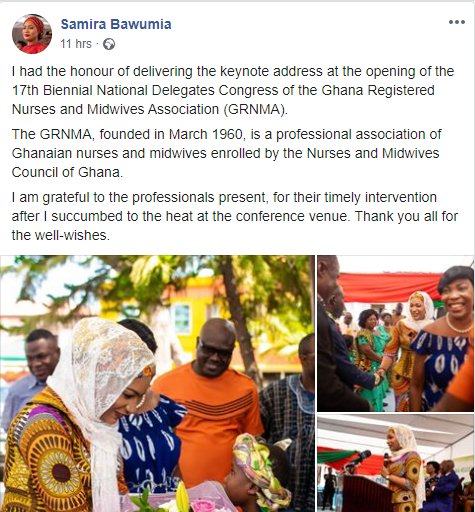 According to the graphic, the opening ceremony of the 17th Biennial Delegates Congress of the Ghana Registered Nurses and Midwives Association (GRNMA) at Dodowa came to an abrupt end due to the inability of the keynote Speaker, Mrs Samira Bawumia to continue with her address.”

Having requested for water during her delivery “she complained of dizziness and was momentarily seen going down.”

The report added that “her aides and security detail rushed to hold her and administered the necessary first aid whilst the perimeter was cordoned off.

Mrs Bawumia was cordoned off and later conveyed to one of the vehicles before the convoy moved out of the hotel, the graphic reported.

The GRNMA congress was held at the Forest Hotel at Dodowa in Accra November 25.