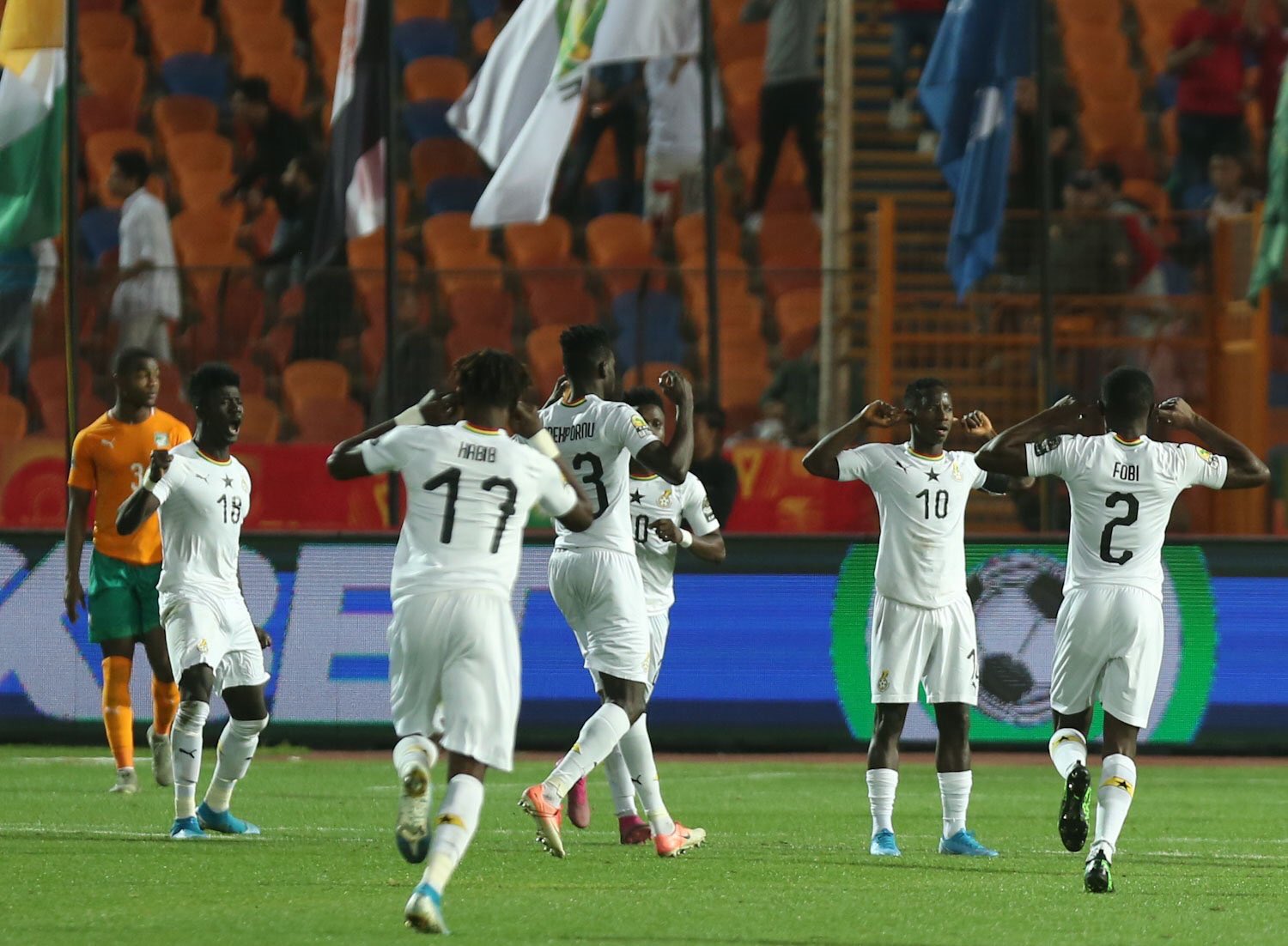 Once again, a Ghanaian national football team failed at the penalty spot. The Black Meteors lost 3-2 on penalties to Ivory Coast in Tuesday’s U-23 AFCON semi-finals after the game ended 2-2 in extra time after Ghana came back from a goal down twice in 90 minutes.

In the penalty shootout, Emmanuel Lomotey and Samuel Obeng scored for Ghana scored while Emmanuel Cudjoe, Evans Mensah and Kwabena Owusu missed. Goalkeeper Kwame Baah made a brilliant save but that wasn’t enough to help the Black Meteors book the first African ticket for the 2020 Olympics in Tokyo.

But its not over for Ghana yet as they look to take on the loser of the second semi-final game between Egypt and South Africa for the third ticket to Tokyo.

Ghanaians, however, have been sharing their thoughts about the game on Twitter. Most of them have been talking about the penalty loss which seems to have become a norm for all Ghanaian teams at every major tournament.

Here are some reactions:

#BlackMeteors and the #blackstart must practice penalty shooting
We play well but if we end without goal during the full time of the game we must make sure the player are good at penalty
No toughness in their shoot coz of emotion imbalance,their fear so much that it’s visible

Who ever has Cursed Ghana on penalties have done more good than harm to Us. Eeei when it comes to penalties, we already know our fate.
The #BlackMeteors were not ready for today’s game.

Yet AGAIN, Ghana lost 3-2 to Ivory Coast on penalty shootouts.

Gripping match, no doubt it was a gallant performance from the Black Meteors but until we dispel the fear of penalties in the mindset of the players, we won’t move forward.#TotalAFCONU23 #BlackMeteors #JoySports

I don’t blame the coaches who manage our youth level football, even our Snr Black Stars coach dey say he doesn’t believe in formation.

Ghana ankasa penalties de3 we don’t know how to take it 😟😦…. The last time we won penalties was way back in 2009 when we beat Brazil 🇧🇷 and won the cup 🏆 #TotalAFCONU23#BlackMeteors

Y,all ACTUALLY watched Kwabena Owusu and his colleagues taking penalties. ? I salute u if you did.. !! It is the sign of highest level of courage to watch a Ghana team taking penalties. We go do our maths for the 3rd place match. We go qualify. #BringBackTheLove #BlackMeteors