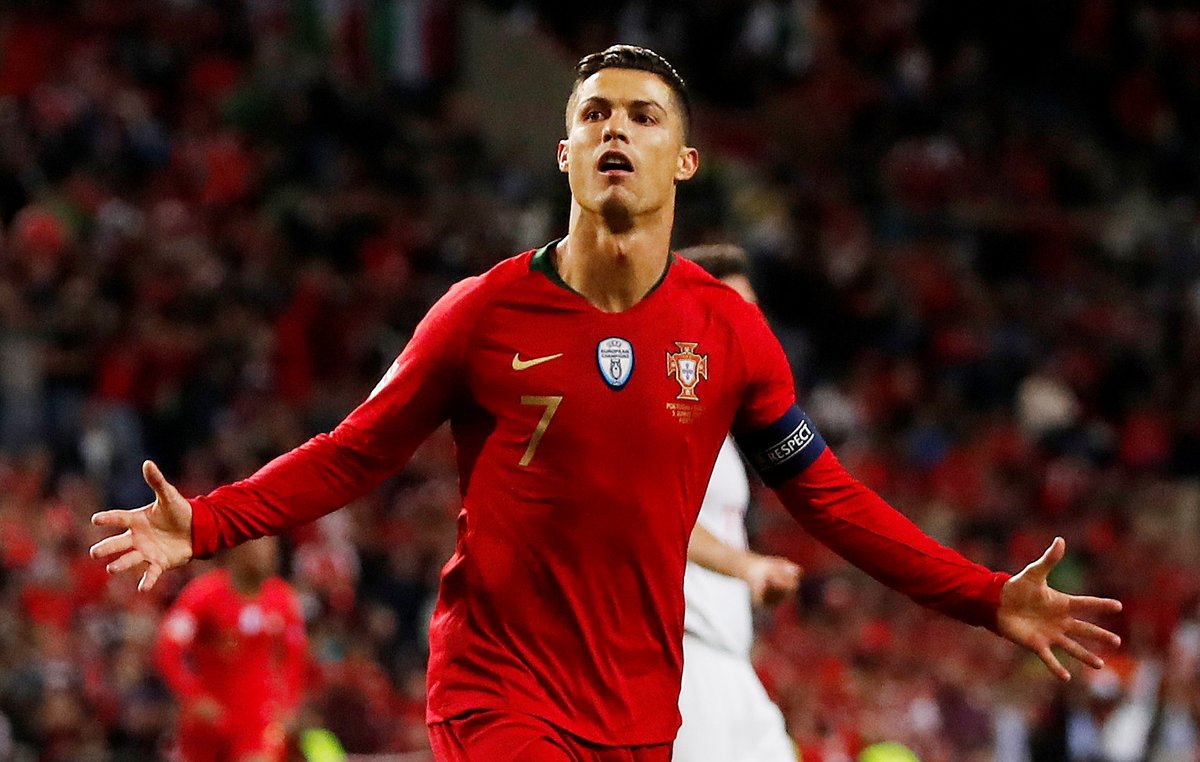 ​He may be approaching his 35th birthday, but the illustrious career of Cristiano Ronaldo is far from finished.

The Portuguese phenomenon struck his 99th goal in international football on Sunday as he ended Luxembourg’s resolve in a tight Euro 2020 qualifying match. That fortuitous 86th-minute effort sealed a 2-0 triumph for the Seleção, with Ronaldo now on the brink of making history.

Only a matter of time before that record is broken! 🙌 pic.twitter.com/DS2OyoAASh

Ronaldo will become just the second player to hit triple figures at international level when – not if – he next nets for his country. However, that is but one of numerous landmarks he could reach before he hangs up his boots.

Here’s a look at six records ​Ronaldo is on course to break as he nears the end of his playing days for Portugal.

Most Goals at International Level

At the time of Iranian icon Ali Daei’s retirement in 2006, Ronaldo was sitting on a grand total of 12 goals for Portugal, the last of which had come against the very same Asian nation.

Fast forward more than a decade and the five-time Ballon d’Or winner is just ten behind the record-holder for most goals in international matches, with his counterpart having netted on 109 occasions.

⏳ Only 126 days until the next international break for Ronaldo to wait… pic.twitter.com/7UiRWRNgK1

During the intervening years, Ronaldo has surpassed countless legends of the game. Since he collected his first major honour with Portugal – the 2016 Euros – the veteran has leapfrogged Pelé, Miroslav Klose and Ferenc Puskás in the standings.

The question isn’t whether he will topple Daei, but rather how long it will take to do so.

It will be a spectacular accomplishment when Ronaldo becomes the greatest goalscorer in international football, though he does hold an advantage over his closest competitors.

Thanks to his durability and ridiculous athleticism, the former Real Madrid man has hardly missed a game for Portugal, leaving him on an incredible 164 caps as things stand.

By the end of 2020, he is likely to be second on the list of most capped players, with Italian goalkeeper Gianluigi Buffon among those he is set to overtake next calendar year.

Catching number one Ahmed Hasson – who played 184 games for Egypt between 1995 and 2012 – is a distinct possibility, especially given Ronaldo’s physical condition.

Most World Cups With at Least One Goal

Only a quartet of players have scored at four different World Cup finals, and Ronaldo is one of them.

It’s hardly out of the question that he could feature in Qatar three years from now, meaning the Sporting CP academy graduate has a decent chance of becoming the record-holder outright.

Alongside Ronaldo on this exclusive list are Klose, Pelé and Uwe Seeler, all of whom have retired. If he finds the back of the net in the Middle East, no one can stop him entering a league of his own.

Spanish centurion Iker Casillas was selected for five separate European Championships, yet the shot-stopper only played in three of those tournaments.

No other player has been included in so many squads for the tournament finals, though 17 individuals have appeared in four different editions, with Ronaldo joined by Buffon and Zlatan Ibrahimović on that list, as well as several other household names.

Assuming he is fit for the start of the Euros next summer, the Portugal skipper will be adding another record to his growing collection.

As Ronaldo opened the scoring in his nation’s 2-0 semi-final victory over Wales in 2016, he equalled Michel Platini’s tally of goals at European Championship finals.

The Frenchman hit nine during Les Bleus’ march to glory in 1984, with that the only tournament he ever featured in. By contrast, Ronaldo’s played in four already.

At the latest edition of the Euros, he jumped ahead of Ibrahimović, Wayne Rooney and Thierry Henry. It would be a shock if Platini doesn’t join them in bowing before the king.

Most Wins in European Championship Finals

Midfield duo Cesc Fàbregas and Andrés Iniesta have each won 11 matches at the Euros, but the pair will almost certainly fall behind Ronaldo by the end of next summer.

The latter has taken the same amount of victories, and will surely add to his tally once the tournament begins in June.

Portugal is expected to do well, having secured the title in 2016, while Fernando Santos’ recruits also triumphed in the UEFA Nations League finals a few months ago. It would be stunning if they fail to win any games this time around.

6 Footballers Who Performed Better For Their Countries Than Their Clubs

10 Football Tricks And The Players Who Invented Them