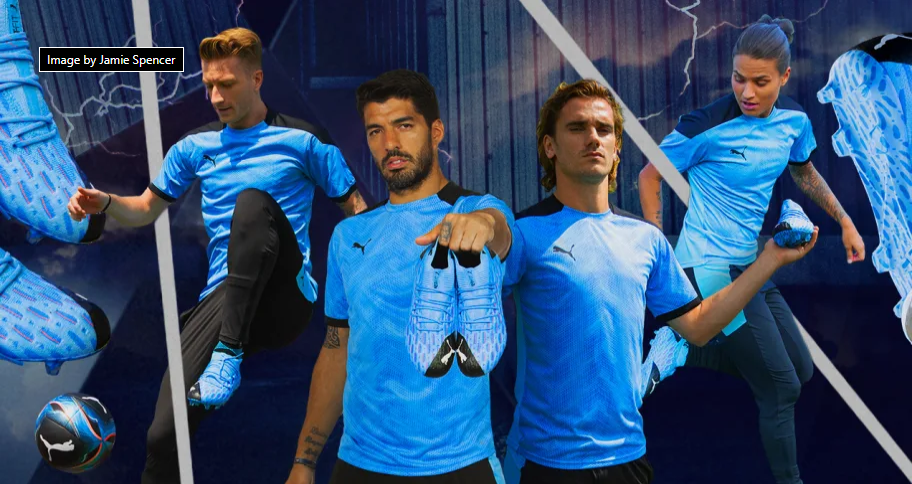 PUMA Football has reengineered the popular FUTURE boots to create the new ‘FUTURE Flash’ boots that will be worn by top stars of the men’s and women’s game like Antoine Griezmann, Luis Suarez, Marco Reus and Dzsenifer Marozsan.

PUMA ambassador Thierry Henry was brought on board to help craft the ‘FUTURE Flash’, designed for maximum mobility for the modern player by combining dynamic movement and flexible comfort.

Agility = speed 💨 with a brain 🧠 FUTURE Flash, a no-brainer.

“It is not easy to define agility. Being quick is not enough,” Henry declares.

‘FUTURE Flash’ has been created by PUMA with the needs of the modern attacker in mind, assisting players who make better use of space, attack from new angles and break apart the competition.

Not only has the already innovative existing FUTURE been applied with a striking blue paint job, but it is also loaded with even more of PUMA’s latest boot technology.

Between, the Griezmann, Suarez, Reus and Marozsan have won nearly all of the world’s highest honours, including domestic league titles, domestic cups, the Champions League and World Cup, Copa America, European Championships and Olympics.

In a world where defenders are becoming more intelligent, athletic and resolute, PUMA FUTURE Flash promises to help its wearers adapt to stay one step ahead.