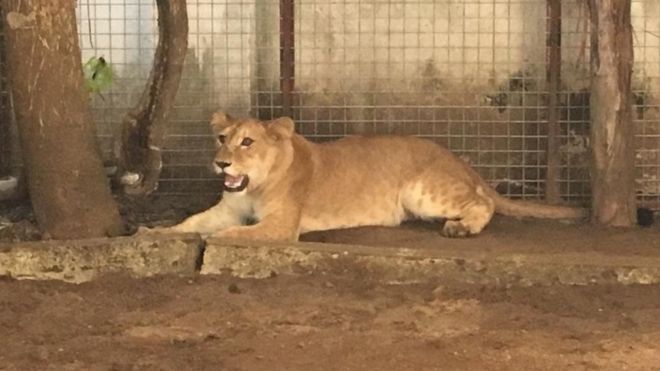 A lion which was reportedly being used to guard a house in Lagos, Nigeria, has been removed by authorities.

The two-year-old lion was reportedly discovered at a property opposite a school by a task force team on Friday.

It was tranquilised on Monday and transferred to Bogije Omu zoo in Lekki, head of the task force team Yinka Egbeyemi told the BBC.

The owner of the animal has been told to report himself to police before the end of Monday or face arrest.

A team from the Lagos State Environmental Sanitation and Special Offences Unit located the animal after residents filed a petition to the state’s ministry of environment.

A crèche and elementary school stand opposite the house, according to the BBC’s Damilola Oduolowu in Lagos.

The school’s management said it had been conscious of the children’s safety.

It is thought the lion was brought into the building two months ago.