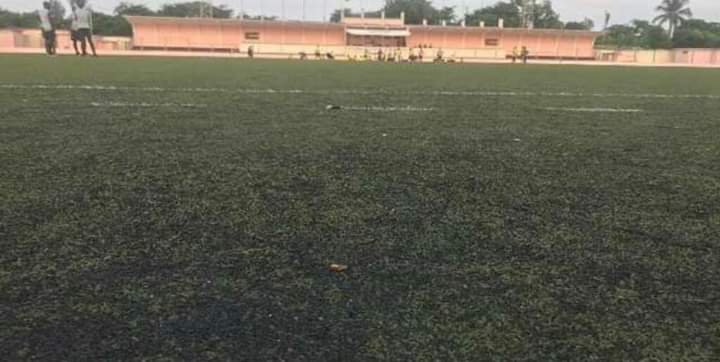 Yeah, Ghana won against São Tomé and Príncipe and are on top of the group with six points.

A well taken second-half penalty by Jordan Ayew was what made the difference between the two teams.

But aside the win, another thing people are talking about on social media is the pitch on which the game was played. The game was played on astroturf and that somehow affected the play of the Black Stars who had it difficult in passing the ball well, even though they had an 80% possession of the ball.

Ghanaians took to social media to complain about the quality of the pitch. Here are some of the reactions on Twitter:

Learned that that’s the only stadium available in São Tomé & Principe but my question is do they have Clubs that play league games?

So @CAF_Online inspectors actually took a look at this Sao Tome and Principe pitch and passed to host an Afcon qualifier? #AFCON2021Q

What Sao Tome dey do for qualifiers sef.. see pitch

This Sao tome pitch de3 not even Awal can invade it