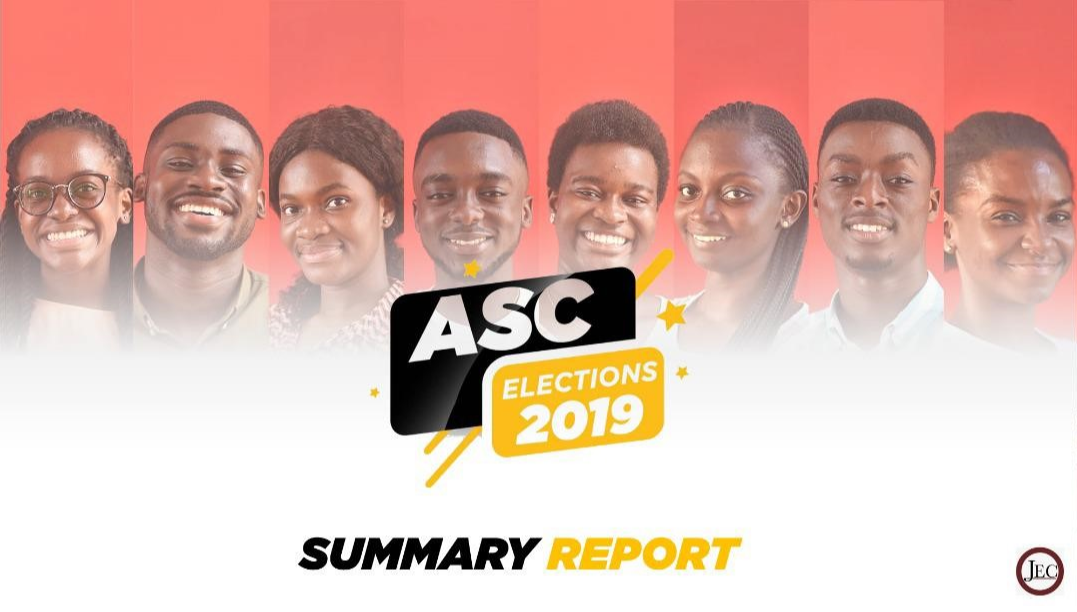 The 2-day election period finally came to an end yesterday at 5 pm.

Out of a total student population of 1,175, 930 students participated in this year’s voting exercise. This year was the second time in the history of Ashesi’s elections whereby students voted through an online platform.

The following are the votes cast by the respective year groups:

Below is a breakdown of results from parliamentary elections, as well as judicial executive council representatives of the various year groups. 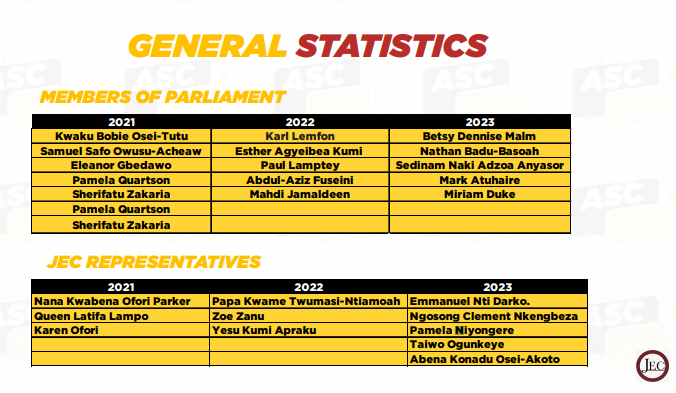 The JEC chair saw Michael Agyeman-Prempeh Dankwah and Mary Laissey take the lead with 698 votes making 76.5% of the votes cast whilst the remaining percentage went to Samuelle Asante and  Kizzita Mensah-Fawzy. 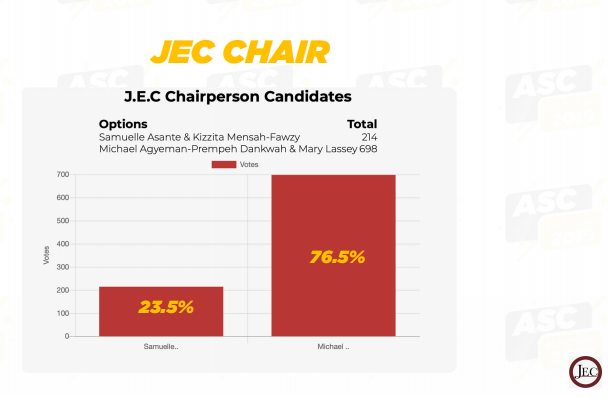 The ASC elections were quite as competitive as the other categories because of the power it has. Being the ASC president and vice means that you’re the voice of the whole student population. Edem Yegbe and Elikem Asamoah took the lead acquiring 55% of Ashesians votes, whilst Jean Roberts and Tamisha Segbefia weren’t that far from attaining the seat by acquiring 45% of votes. 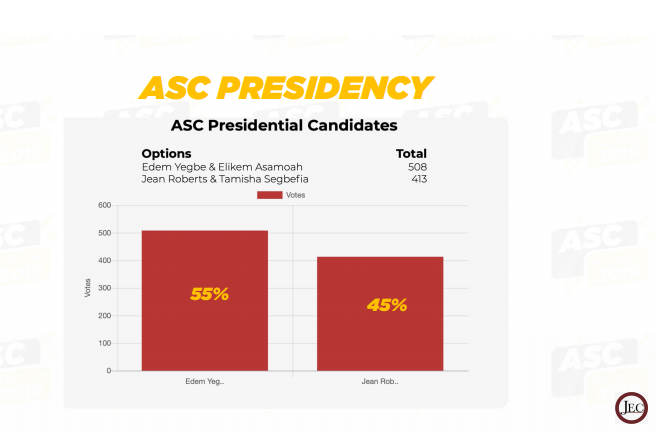 Congratulations to the winning teams On Putting and M&M. 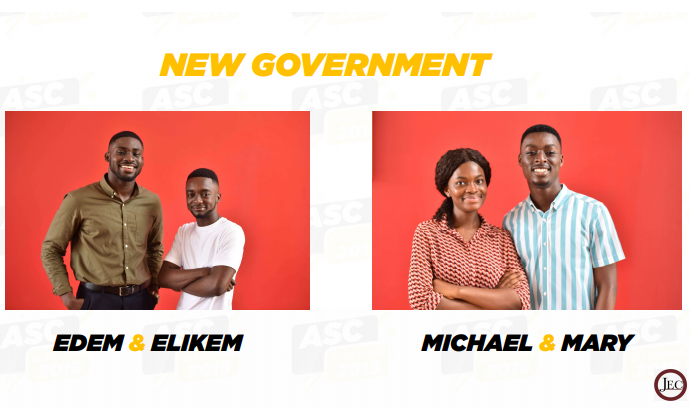