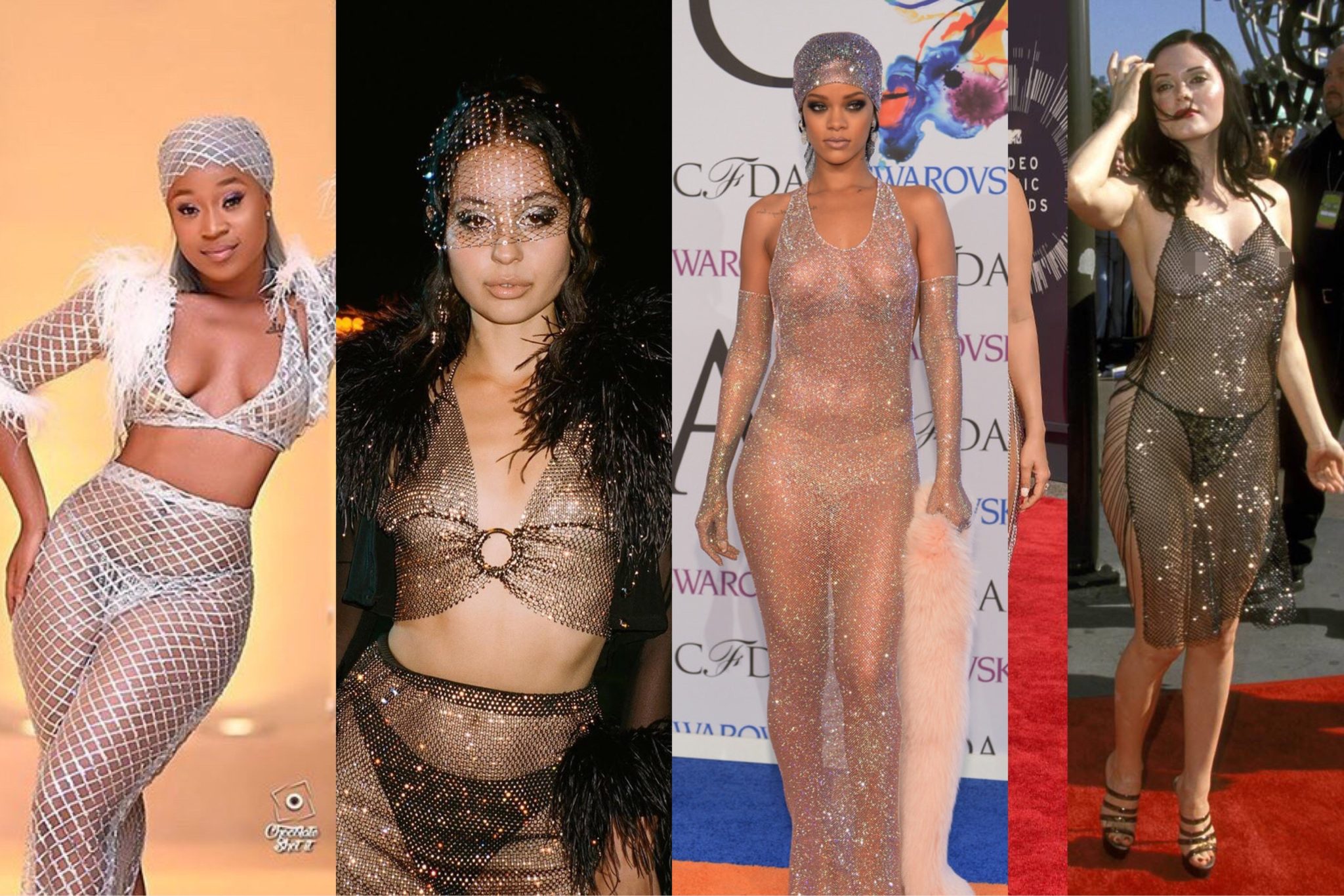 Efia Odo grabbed everyone’s attention with her sheer gown at the 2019 4Syte Music Video Awards and once we all saw her whole look, we immediately thought she recreated Rihanna’s iconic sheer-nude dress from the CFDA Awards in 2014.

Apparently, we were wrong.

Efia Odo posted on social media, exactly where she drew her inspiration from and it was not Rihanna.

Her dress, designed by Mimi Yeboah was inspired by Maddy Perez, a movie character in the HBO TV Show, Euphoria. Maddy, played by Alexa Demie is well known for her style in the show. She’s been called a baddie and a hottie and if you watch a single episode, you’d know she’s got that Efia Odo style and energy.

The sheer dress is what Maddie wore to her prom (in the TV show of course).

But this is where it gets interesting.

The sheer dress was entirely made out of tiny little beads and in as much as it caused quite a stir, the look has inspired lots of looks, including the Rihanna CFDA Awards’ look.

From Sawetie to Amber Rose to Rihanna, it looks like Efia Odo has joined the few number of celebrities who have successfully rocked this sheer dress look on Red Carpets worldwide!

Ladies, These Are The Worst Shoe Types For Your Feet

Ghanaians Celebrate What Would Have Been JJ Rawlings’ 74th Birthday

How The New HUAWEI FreeBuds 4i Fits Into Huawei’s Audio Success...