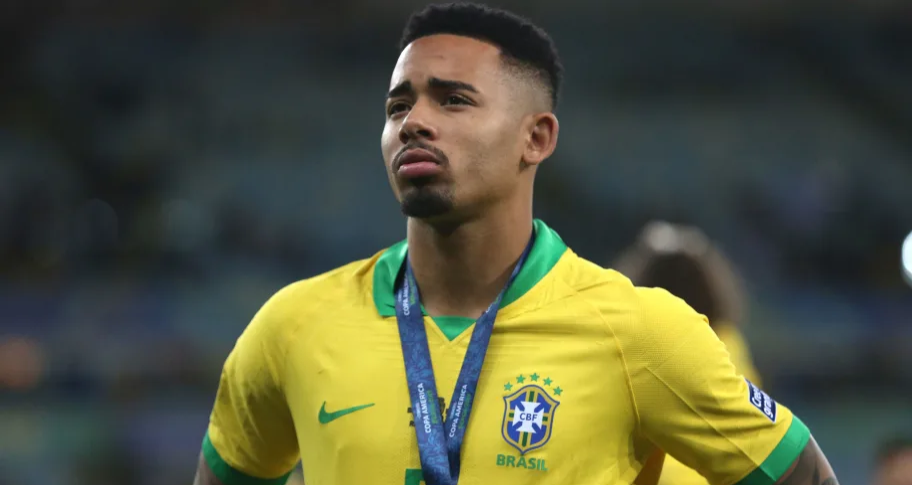 Manchester City’s 1-1 draw with Atlanta before the international break was bizarre for a number of reasons. However, one thing it proved is that Gabriel Jesus can’t take penalties.

Well, it proved that to everyone apart from Jesus himself, who stepped up to take another penalty for Brazil in Friday’s friendly with Argentina, just nine days after his horrendous effort in the Champions League.

I swear I haven’t seen a penalty taker as terrible as Gabriel Jesus. He’s having a mare with penalties.

Gabriel Jesus needs to spend 1 hour after each training session practicing penalties. How can a professional footballer be that bad at them

Just like he did against Atalanta, the 22-year-old tried to be cute and dink his penalty into the corner, but sent an embarrassing pea-roller trickling past Esteban Andrada’s post.

To compound his misery, Lionel Messi was selected to take a penalty for Argentina just three minutes later. The Barcelona man missed as well, but was on hand to fire home the rebound to give his side the lead.

Jesus did not get the chance, having fluffed his lines so badly for the second time in the space of nine days.

The Gabriel Jesus one is hands down the best penalty miss I have ever seen. #ARGBRA #BRAxARG

It’s not even the first time that Jesus has disappointed from 12 yards for Brazil. Back in June’s 5-0 win over Peru in the Copa América final, the striker saw an effort saved by Pedro Gallese.

Admittedly, that one wasn’t actually that bad. Many players have missed penalties like that. However, most do not go on to miss efforts like Jesus has. Twice.

Why does Gabriel Jesus keep taking penalties? I swear I can’t remember him scoring one

Not even the worst Jesus penalty this month. He’s racking them up

You will not find a worse penalty taker than Jesus!

Throughout his career, Jesus has taken nine penalties – seven for City and two for Brazil. He has netted just four, missing his last three efforts from the spot. He has never scored one for his international side.

That’s hardly the form which you want from a player trying to prove they are good enough to lead the line for teams like City and Brazil – both of whom want to prove themselves as the best around.

Next time, he should probably just let Roberto Firmino take the penalty.