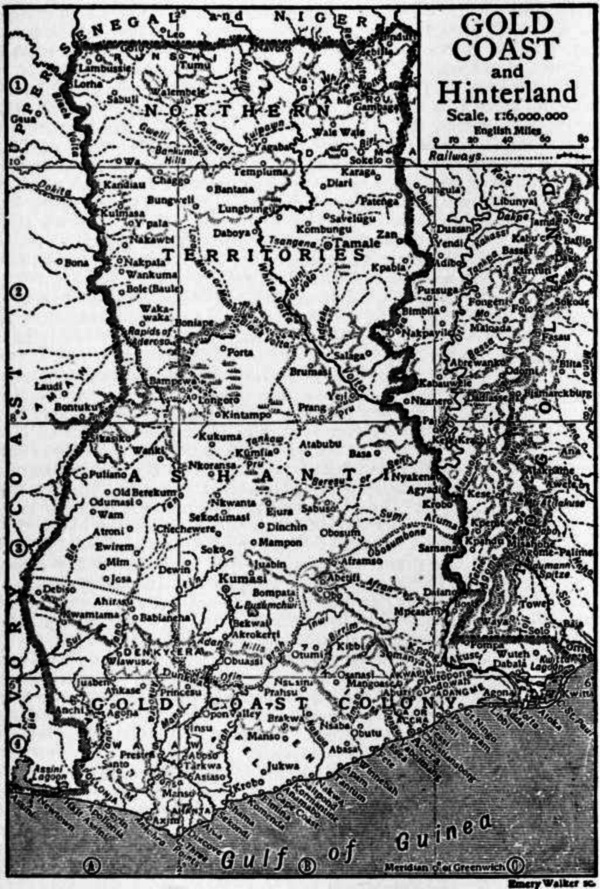 British officials had first penetrated the area in the 1880s, and after 1896 protection was extended to northern areas whose trade with the coast had been controlled by Asante. In 1897 the Northern Territories have constituted a separate district of the Gold Coast hinterland and were placed in charge of a chief commissioner.

Colonel H. P. Northcott (killed in the Boer War, 1899-1902) was the first commissioner and commandant of the troops. He was succeeded by Col. A. H. Morris. In 1901 the Territories were made a distinct administration under the jurisdiction of the governor of the Gold Coast colony.

The government was at first of a semi-military character, but in 1907 a civilian staff was appointed to carry on the administration, and a force of armed Constabulary replaced the troops which had been stationed in the protectorate and which were then disbanded.

By 1890, both France and Germany were eyeing what now comprises the northern, upper west and upper east regions of modern Ghana. In 1898 the northern border of present-day Ghana was settled with France. The Northern Territories were proclaimed a British protectorate in 1902.