Black Stars coach Kwesi Appiah is likely to hand debutants Mohammed Kudus and Gideon Mensah their first start for the Black Stars on Thursday when they take on South Africa in their 2021 Africa Cup of Nations qualifiers, Ghanasoccernet reports. 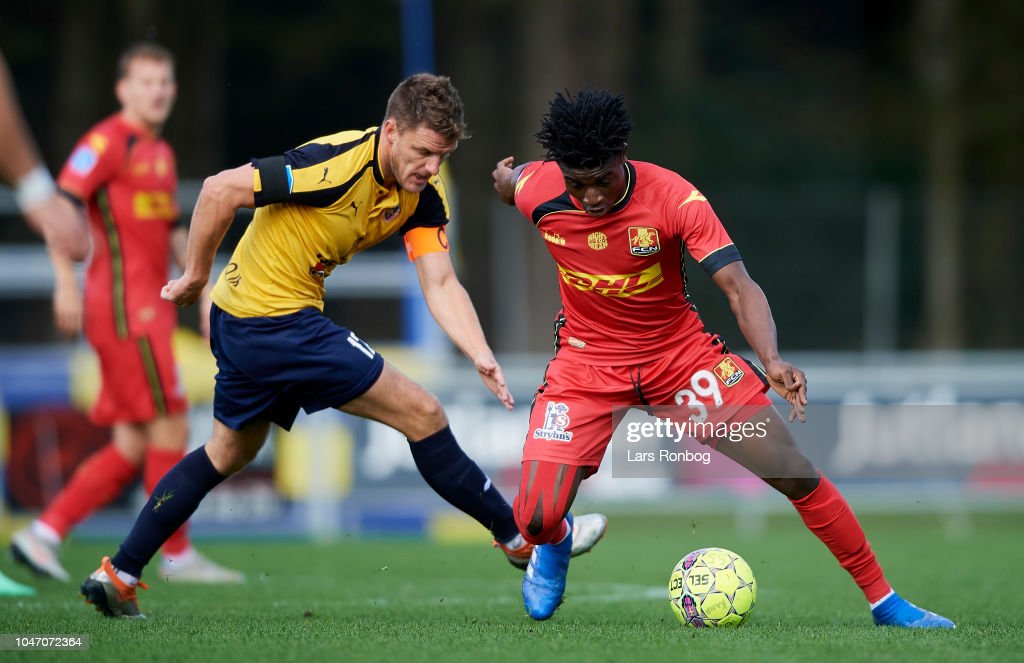 The explosive Nordsjaelland midfielder, who is taken the Danish top-flight by storm this season has been impressive playing behind the two strikers since joining the Black Stars on Tuesday.

The teenage with power in both feet has been deployed in training behind the striking pair of Andre Ayew and Jordan Ayew as they have relied on the youngster to fight and provide them with his laser-guided passes.

The 19-year-old graduate of the Right to Dream Academy has been impressive in training and has not shown any signs of anxiety since being handed the chance to train with the big boys.

Another debutant likely to start is highly rated left-back Gideon Mensah who has been linked with a move to Spanish giants Barcelona after impressing in Austria before securing a move to Belgian side Zulte Waregem.

Mensah will profit from the absence of Lumor Agbenyenu, who has pulled out from the team because of an injury, as he has also shown his talent in training.

Most of the players to start the match are regular players of the national team with playmaker Thomas Partey likely to be deployed in the heart of midfield to control the game in the absence of Mubarak Wakaso.

South Africa based goalkeeper Richard Ofori will start the match with Reading defender Andy Yiadom certain to play from the right-back.

In-form Celta Vigo defender Joseph Aidoo will partner Kasim Adams at the heart of the defence while Patrick Twumasi and Alfred Duncan will play at the right and left-wing respectively.

Ghana and South Africa met in June as part of preparations for the 2019 AFCON, with the game ending 0-0 in the United Arab Emirates.

The last official match between the two sides was the qualifying campaign for the 2006 FIFA World Cup where the Black Stars emerged top of the group.

However, Bafana Bafana has seen some revival over the past two years and put up a very good performance at the 2019 AFCON In Egypt.

ABOUT US
This is the official website for Ghana's no.1 campus portal & your guide to young people. We've got the best in the latest campus info, lifestyle, entertainment, shows, events, sports, news & more.
Contact us: [email protected]kuulpeeps.com, For Stories & Blogs: [email protected]
FOLLOW US
© 2023 © Kuulpeeps
Kuulpeeps - Ghana Campus News and Lifestyle Site by Students
This website uses cookies to improve your experience. We'll assume you're ok with this, but you can opt-out if you wish. Cookie settingsACCEPT
Privacy & Cookies Policy