A man has recounted how he was raped by three ladies while he was in his 2nd year in the university and no one believed or did anything about it.

The man, Ezemmuo Nkanu took to his social media page to reveal that being raped by three ladies in the university is an incident that has refused to leave his head and how every November 10 reminds him of that day.

He wrote “in my year 2 I was raped by 3 girls, they took turns on me. reported the matter but no one took me serious even the police refused to make an arrest, my guys thought differently. That incident has refused to erase from my memory every November 10 reminds me of that faithful day.” 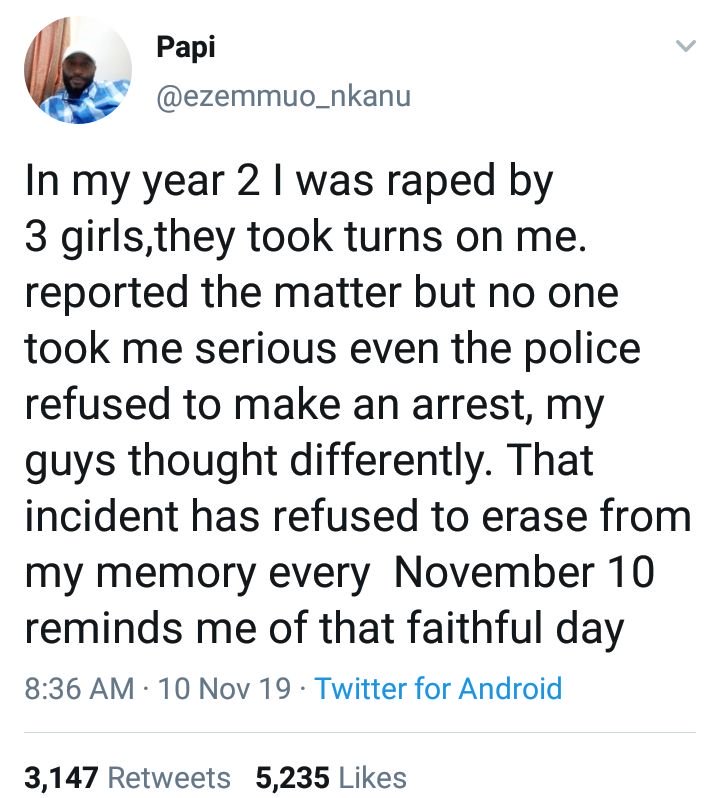 Society’s perceptions do not create an enabling environment for men who are victims of sexual abuse to speak up.