Police in the Eastern Region has uncovered a number of skulls and skeletal of human parts stuck in sacks and polythene bags.

The skeletons were found on a refuse dump in a valley at Lartey on the Akwapem Ridge in the Eastern Region.

According to the police, on November 7, 2019, a resident reported to the Akropong District Police Command about seeing human skeletal remains on a refuse dump. 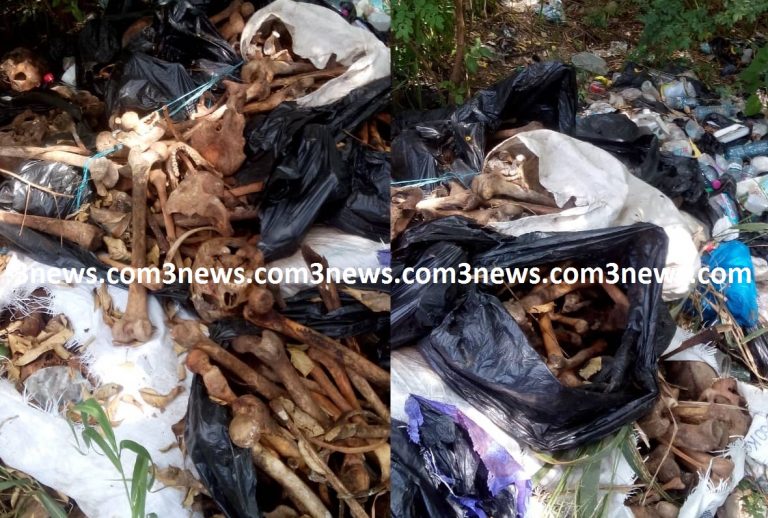 The police, in the company of the complainant, went to the scene and found the human parts on the refuse dump.

The police, after observation and inspection, suspected that the bones were old and could have been dumped there for some time now.

Preliminary investigation by the police suggests the human skeletal parts may have been dumped there by grave looters or estate developers.

Meanwhile, the Deputy Eastern Regional Police Public Relations Officer  Sergeant Francis Gomado, has advised the public to remain calm and report suspicious characters to the police for action as investigations into the discovery of the human parts continue.

August 5, 2021
August 6, 2021 is a big day for music lovers around the world, especially those who love Hip Hop and are super crazy about...

Are Things Going Too Fast? Here Are 5 Signs You Are...

All About Ghana’s Men’s 4x100m Relay Team: Their Alma Maters And...

8 Of The Most Powerful Protest Signs From The #FixTheCountry Protest

5 Ways To Incorporate Aloe Vera Into Your Hair Care Regimen

Meet The 4 Sprinters Of Ghanaian Descent Who Raced Against Ghana’s...

All About Ghana’s Men’s 4x100m Relay Team: Their Alma Maters And Current Universities

7 Times Rihanna Pulled It Off Better Than A Runway Model

Style Your Hair Up With These 8 Chic Scarf Looks