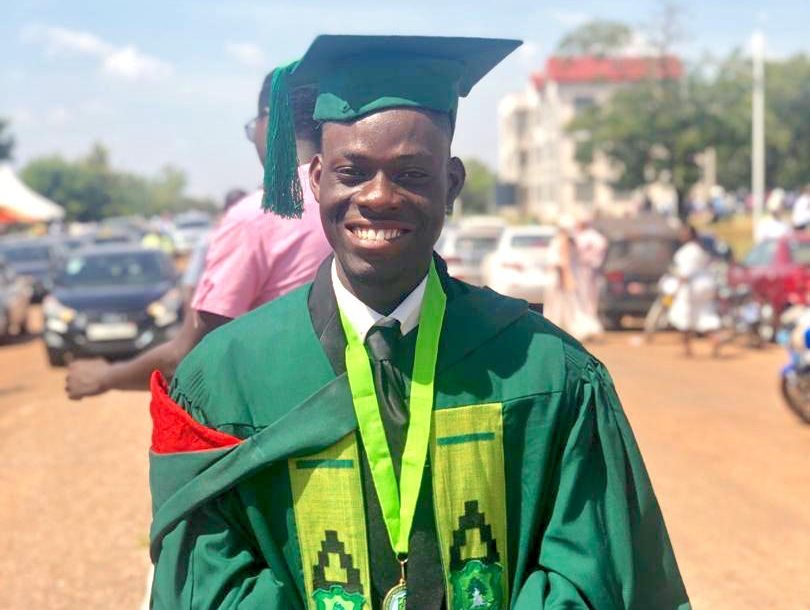 Kuulpeeps UDS and the entire student body of the University for Development Studies (UDS) would like to congratulate the Valedictorian of the Class of 2019.

Alhassan Maltima Abdul Mumin, who was a nursing student, graduated with first-class honours and a GPA of 4.87.

He was a very active member of the schoolʼs debate society and even made his way to the quarter-finals of the 2019 GUDC in Koforidua.

School isnʼt all about the books right?

Congratulations Mr Alhassan, the entire UDS community is very proud of you.

NOTE: An earlier version of this story incorrectly stated that Alhassan graduated with a GPA of 4.86 though it is actually a GPA of 4.87.