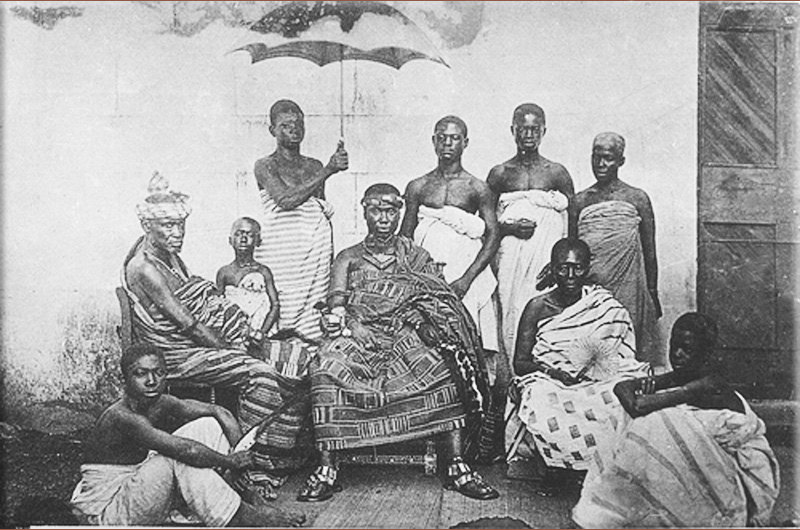 Nana Prempeh I (Nana Kwaku Dua III Asamu) landed at the shores of Takoradi on Tuesday, 11th of November, 1924. Following his surrender of his kingdom and his arrest 1896, he began 28 years of exile starting in Elmina then Sierra Leone and eventually in Seychelles.

He returned with the following, all bearing Christian names as they had all been baptized into the Anglican Church while in exile. He was baptized along with his mother on May 29, 1904.

Today in History, on 11 Nov. 1924, Asantehene Prempeh I, Returned to the Gold Coast from Seychelles, Following his arrest in 1896, he began 28 yrs of exile starting in Elmina then Sierra Leone & eventually in the Seychelles. He was baptized in 1904. He died in 1931. pic.twitter.com/6k9hzYk83M

From Takoradi, the King and his people travelled by train to Kumasi on Wednesday, 12th November 1924. At this time a smallpox epidemic was raging in Ashanti, so the government ordered that there should be no grand durbar for him. Despite the warning, Asantes from all parts of the state came in their numbers to meet their King.

To avoid a great multitude of people of meeting him at the railway station, the train had to stop two miles from the city, where he was given a car in which he rode to the city. Even here he was met by jubilant crowd, all in white to signify jubilation and victory.

Though the government specifically told him and the Asante Kingdom that he was coming back as a private citizen, according to Asante custom, he had to render a formal account of his period in exile to his people.