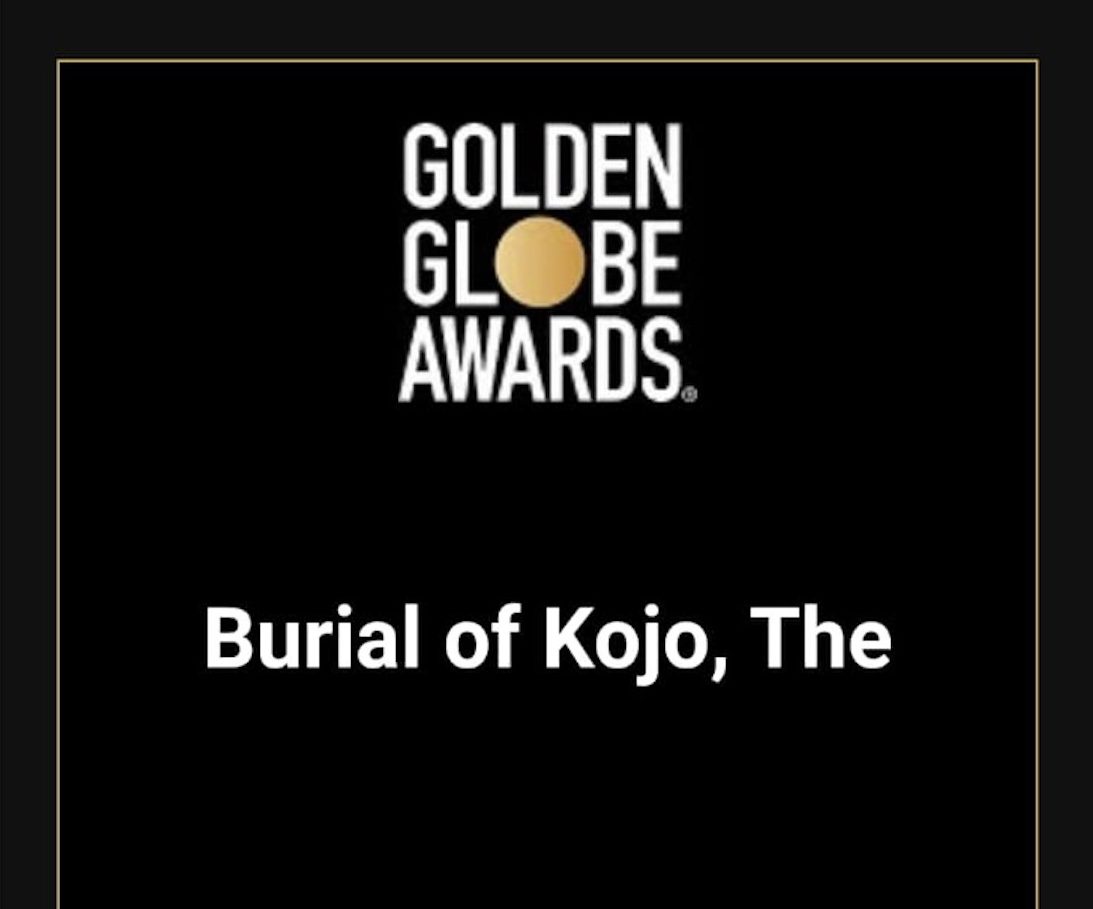 “The Burial of Kojo” is up for another award and we are super proud. This will be the first Ghanaian movie to bag a nomination at the Golden Globe Awards. 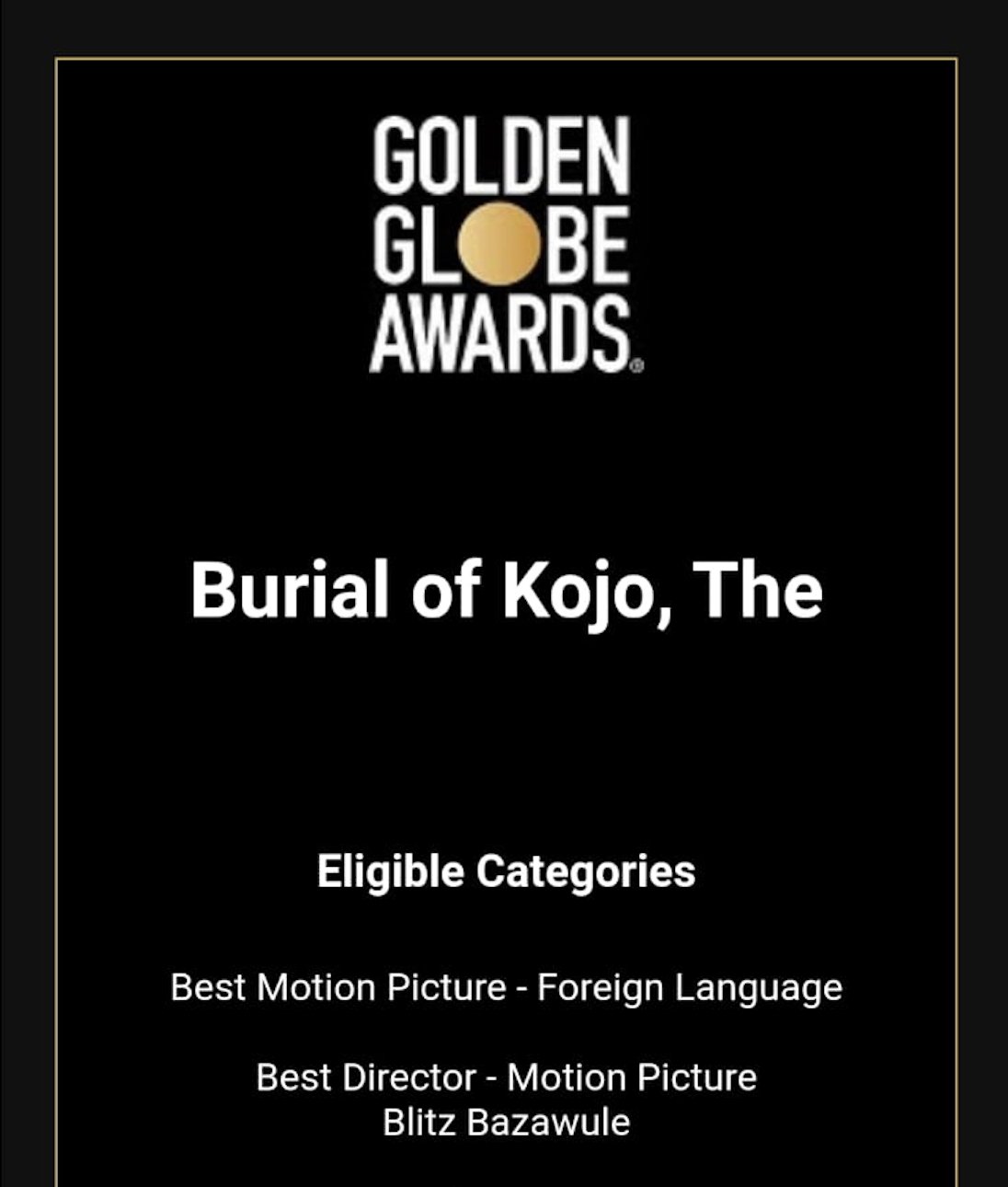 WHAAAAAAT!!!! @TheBurialOfKojo is up for a Golden Globe Nomination. First ever for Ghana. Just Wow!!!
🙌🏿🏆🇬🇭 pic.twitter.com/ZzwKFAcaXP 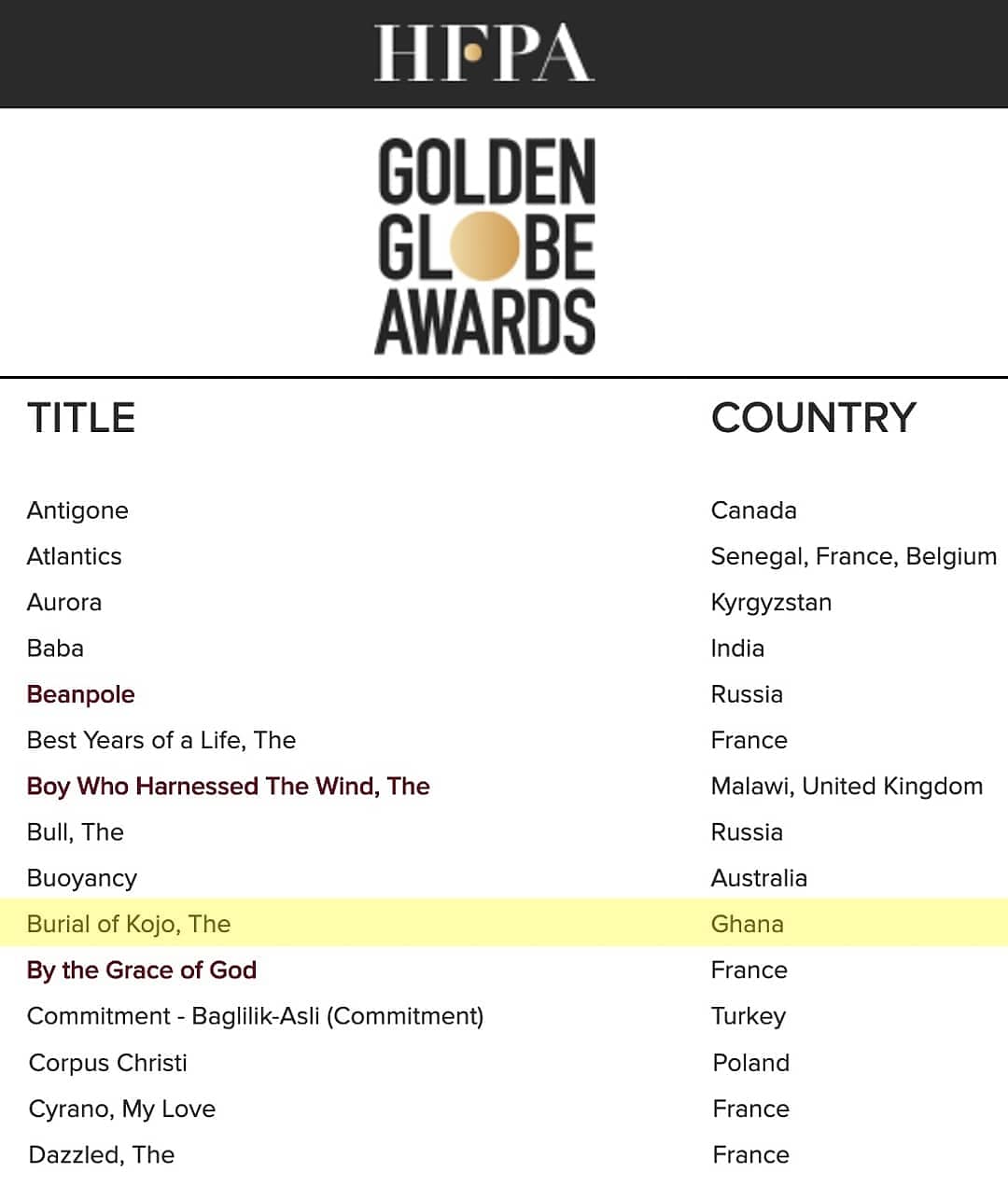 The movie is no stranger to the international market.  At the Luxor African Film Festival 2019, “The Burial of Kojo won Grand Nile Prize -Best Long Narrative Film.

The Burial Of Kojo follows the story of Esi, as she recounts her childhood and the tumultuous relationship between her father, Kojo and her uncle, Kwabena.

After Kojo goes missing on an illegal mining expedition with Kwabena, Esi embarks on a magical adventure to rescue her father.