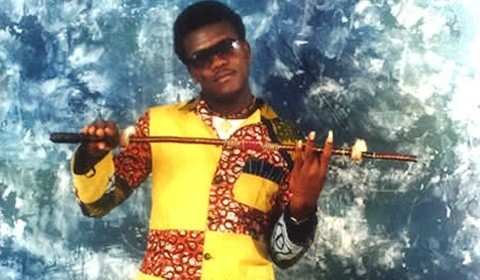 In an interview with Larry Bozzlz on TV Africa, Terry Bonchaka’s mother Mrs Adjetey and his sister, Shatana spoke about dropping a Terry Bonchaka album soon.

In the interview, Shatana explained how Terry was working on an album before his sudden demise in a car accident in 2003. She mentioned that a producer, known as Madness, from the Hush Hush studios reached out to her to give her a CD which she says has over 20 songs from Terry.

The over 20 songs, according to her has the music he made with features from a lot of artistes including herself, Shatta Wale, Sherifa and more.

Mrs Charlotte Adjetey also disclosed that the family has decided to establish a foundation in honour of her son. According to her, the foundation will be centred on kids because of the immense love Terry had for them.

Terry Nii Okang Mensah Adjetey popularly known as Terry Bonchaka was a popular musician in Ghana. At the peak of his career, he got involved in a car accident on the Legon-Madina road after performing at the Akuafo Hall Celebration in the University of Ghana.

He was known for his unique style, the afro comb in his afro and that “Poulele” dance we all used to dance as kids.