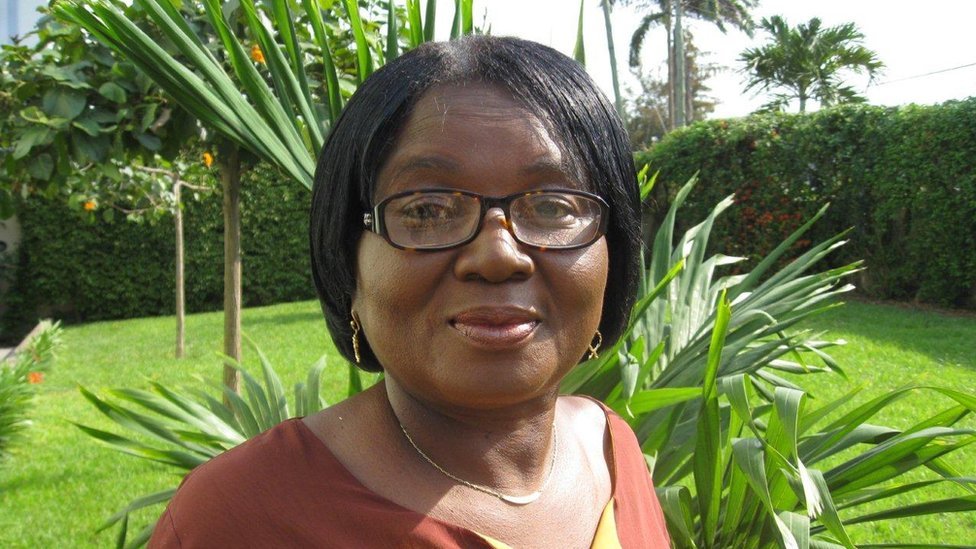 Prominent Ghanaian journalist, BBC columnist and former government minister, Elizabeth Ohene recently wrote about her experience of being sexually abused more than 60 years ago, when she was just seven years old.

See Also: I Was Defiled At 7 Years Old – Journalist And Former Minister Of State Elizabeth Ohene Shares Her Story

Here she explains why she decided to go public after such a long time.

I am not quite sure I had considered what the effect would be if I went public with the story of me having been sexually molested.

Last Wednesday, I told that story in the weekly column I write for Ghana’s largest circulation newspaper, the Daily Graphic.

I am a 74-year-old woman and I was recounting something that happened 67 years ago.

One of my best friends – male – asked why I had chosen to unburden myself onto the rest of them. The story, I am told, makes difficult reading. Therefore, if I have been able to keep it to myself for 67 years, why was I now telling it, why did I not take it to my grave?

I am not sure I wanted to unload my burden onto an unsuspecting public. I had decided ages ago that I had a responsibility to tell this story in the hope a young girl somewhere would be protected from suffering what I went through.

Maybe I should first tell the story and then I will attempt to see if I can explain why I have told it.

Back in 1952, I was a seven-year-old, happy child living with my grandmother in our village. One day, a man, who was a family relation who lived next door to us, dragged me into his room and sexually molested me.

All I know is that he pushed his very rough fingers and cracked finger nails into my vagina.

I don’t remember what, if anything he said, it is the overpowering smell of his body and his rough fingers and cracked fingernails that stay with me to this day, 67 years after the event.

Today I know what he did and one of the frustrations I have is that social norms do not allow me to describe exactly what happened and I am reduced to saying I was defiled or sexually molested.

My grandmother nursed me back to health, at least physical health. I did not tell her what had happened. The morning after the event, when she was giving me a bath, she noticed there was pus coming from my vagina and decided I had an infection.

She did not ask me if anything had happened, she simply set about repairing and bringing me back to health. It might well be she did not imagine anything untoward could have happened to her favourite granddaughter.

Years later when I was a grown-up and was trying to make sense of the incident, this was the conclusion I came to. It was the easier scenario.

The next thing happened when I was 11. I was raped, it was violent and it was the same man.

There, I have got it out.

I cannot say that I understood the second incident any better, but it was a bigger burden and I think I was in danger of what I now would call psychological trauma.

But I suppose it is fair to say I survived and I don’t think I was irretrievably damaged by these experiences.

I have made what would be considered a reasonable success of my life as a journalist, a writer, and a public official. I am 74 years old and if I should die today, in the Ghanaian scheme of things, my obituary notice would be titled Celebration of Life, or Call to Glory.

In other words, it would be considered that I have led a full life.

So, I have been asked, why bring it up now, this most unpleasant and dirty subject?

I feel strongly that there is a scandalous acceptance of the sexual molestation of children in our society as part of life. Little girls especially are at risk from grown men. It is not a subject we are willing to talk about.

Recently there have been attempts to tackle the phenomenon, but it is an uphill task. If a child is defiled and some brave person dares to report the matter to the police, the person comes under a lot of pressure from the police to withdraw the case, for it “to be settled at home”.

If you persist in trying to get the molester prosecuted, you run the risk of being ostracised in the family. Thus, very few of these cases ever come to court or are prosecuted successfully.

I fear that there are other seven-year-olds and even three-year-olds who are being subjected to what I experienced so long ago.

Outrage at gay people, but not child molesters

I believe that this situation will persist unless we are ready to talk about these matters. There is great reluctance to talk about sex generally unless it is to express outrage at homosexuality.

It would appear there is a consensus across the board that Ghanaians don’t want to tolerate LGBTQ people in their society. A Pew Research survey found that just 3% of the population say homosexuality should be accepted, there is a strong resistance to admitting the existence of LGBTQ people in our society.

The religious community is united as one and there seems to be a suspicion that sex education in primary schools is not only against our culture and “un-Ghanaian” but an attempt to introduce homosexuality into our society through the back door.

The country was recently thrown into a veritable mass hysteria when a story emerged that there was an attempt to introduce something called Comprehensive Sexuality Education into the school curriculum. It took a statement from the president disclaiming any intention to introduce any such thing to calm down things.

But it is difficult to raise any such passions about abuse in heterosexual relationships, especially where the balance of power is weighted against the female.

If I have helped anyone, I’m humbled

Some have said I am brave to have gone public with the story. It has taken me 67 years to summon the courage to tell the story and so I’m not sure about the bravery bit.

Some have said it is unfair to pour out such filth into the public space. I have no comment on that.

Many people, mostly women, have thanked me and said it has given them the courage to deal with their own personal demons. I am humbled.

If this will lead to more openness in talking about sexual practices and maybe equip and empower children to deal with abuse, I would go to my grave a happy woman.