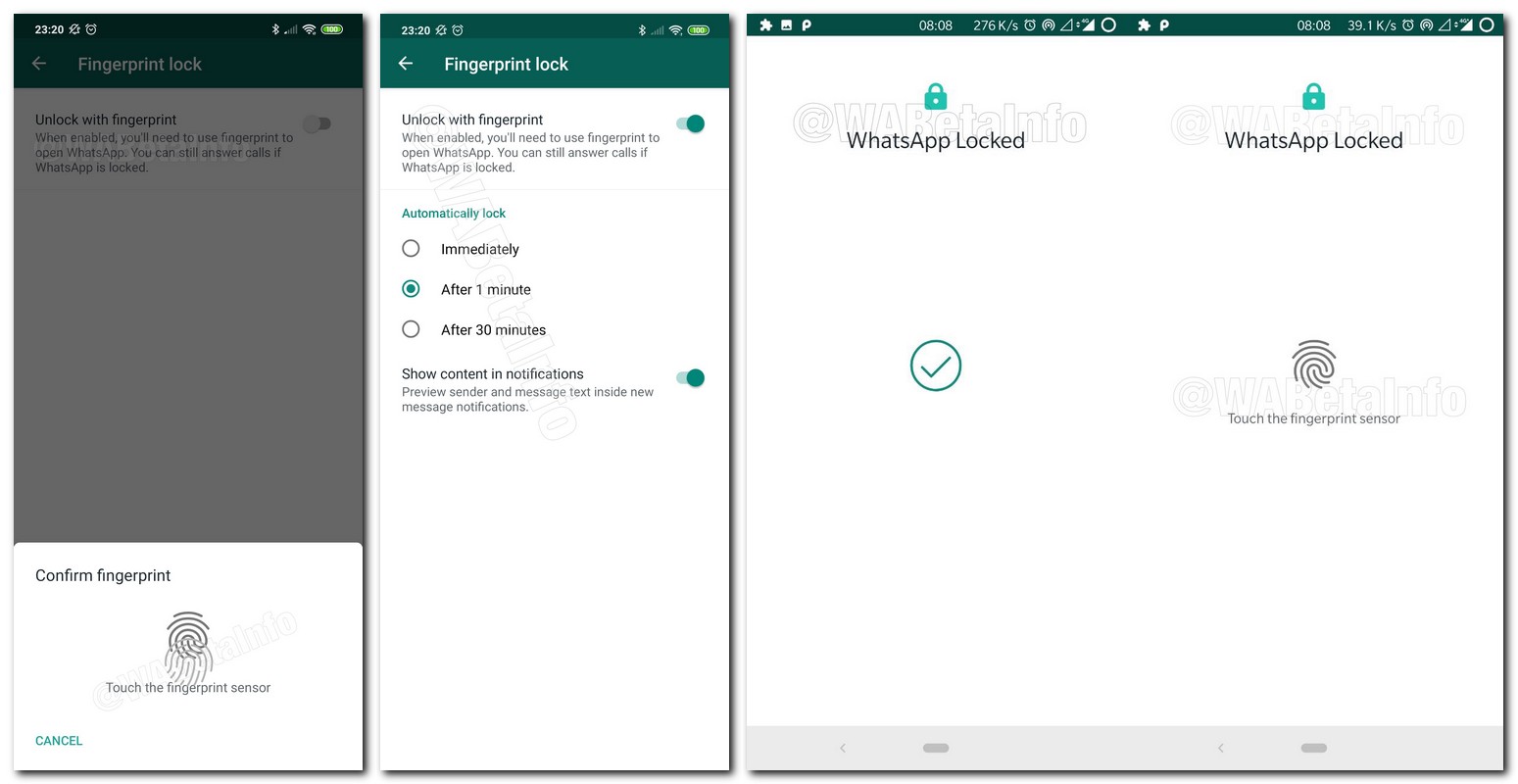 WhatsApp has announced that its app can now be locked with a fingerprint on Android, following the addition of biometric security to its iOS version earlier this year. Turning the feature on means you’ll need to use your fingerprint to unlock the app even after unlocking your phone.

It’s an extra level of security similar to what you might find in a banking app.

The update doesn’t appear to be available in all regions just yet, but once it arrives, WhatsApp says you’ll be able to toggle on the extra security from within the app’s privacy settings menu.

There are options to let the app remain unlocked for one or 30 minutes after you unlock it, and there’s also a toggle to prevent the contents of your messages from appearing in notifications.

We’ve known that the feature was coming to Android since WABetaInfo reported that it had appeared in a beta version of the app back in August.

Unfortunately, while on iOS, the feature supports both Touch ID and Face ID, Android appears to be limited to just fingerprint unlock since there’s no mention of face unlock in WhatsApp’s announcement. (Sorry, Pixel 4 owners.)